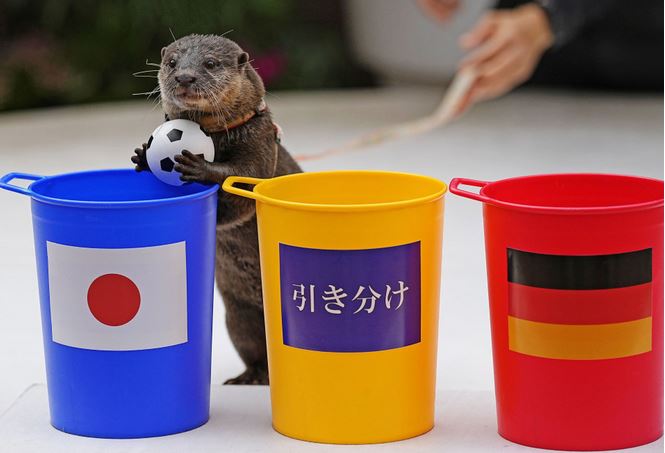 A river otter in a Tokyo aquarium was hailed online by Japanese fans for predicting Japan’s victory over four-time world champions Germany in their opening match at the FIFA World Cup in Qatar, Japan’s Kyodo News Agency reported.

Taiyo, the otter at Maxell Aqua Park Shinagawa in Tokyo, predicted Japan’s victory by placing a miniature soccer ball inside a blue bucket bearing the Japanese flag, while the red bucket with the German flag and the yellow bucket with the word tie written on it were ignored on the eve of the match.

Japanese football fans were overjoyed at Japan’s 2-1 victory, and rushed to describe the 8-year-old Taiyo online as “amazing” and “extremely competent”. Others hoped that he would predict victory for the Samurai national team in the next group stage match against Costa Rica next Sunday.

Japan has a psychic otter that predicted their win over Germany pic.twitter.com/I0VQ7XOGHv