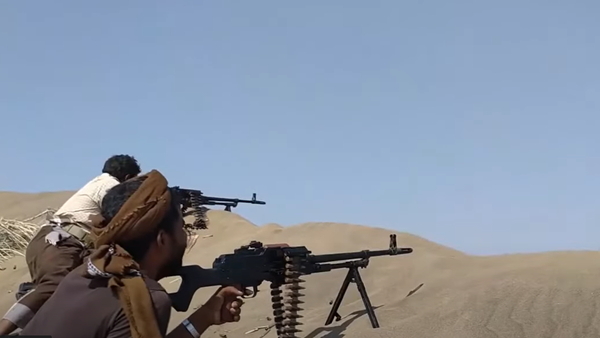 The joint Yemeni forces have made new progress in the Al-Jarrahi district in Al-Hodeidah governorate, in western Yemen, and have taken control of Houthi militia positions in the Al-Danain area, southwest of Al-Jarrahi.

The joint forces launched an attack on the militia sites, and made progress in the area with a distance of more than five kilometers, and took control of sites where the Houthi militia were stationed.

According to the joint forces’ media, these forces “directed painful blows” to the Houthis “according to a well-thought-out plan” that inflicted heavy losses on the militias, in the military operation that comes “within the implementation of the redeployment process from Hodeidah.”

At the end of last November, the joint forces on the western coast of Yemen made new progress in the Hays axis from the direction of Al-Jarrahi District, south of Hodeidah.

The joint forces launched an attack in the West Hess sector that culminated in the liberation of the Al-Run and Al-Tabbab area and the surrounding farms, which were the most important defensive lines for the Houthi militia south of the Al-Jarrahi district, according to a statement published by the military media of the joint forces.

The statement explained that the joint forces forced the Houthi militia, with focused strikes and a tight plan, to flee, leaving large quantities of weapons and ammunition. It also incurred human and material losses, and took control of artillery positions that it used to bombard citizens’ homes inside the city and the outskirts of Hays.