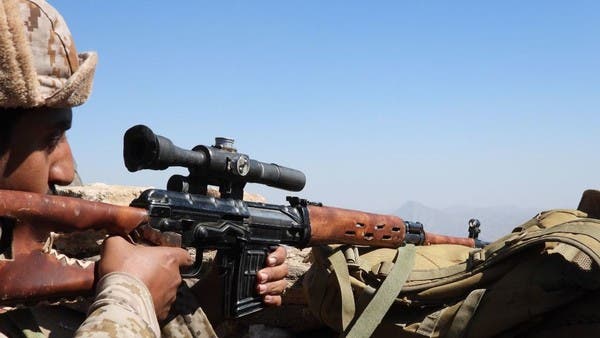 Clashes resumed between the joint forces on the western coast of Yemen and the Houthi coup militia, today, Tuesday, in the Hays front, south of Hodeidah, as a result of new violations of the Houthi militias that ended in a new failure and human losses in their ranks.

And the media of the joint forces reported that the Iranian-affiliated militias sent reinforcements from the direction of the Al-Jarrahi Directorate and tried to rearrange their defenses on the Hays front from two axes, and failed, as well as causing human losses in their ranks.

He stressed that units of the joint forces clashed with militia members with various medium and heavy weapons, forcing them to flee and return to where they came from after the killing and wounding of a number of their members.

He also confirmed that the joint forces had strengthened their control over the entire lines of contact in the Hays axes, specifically in the remote areas from which the Houthi militia tried to infiltrate.

Last weekend, the same front witnessed bloody clashes that culminated in heavy losses in the ranks of the Iranian-affiliated Houthi militia.

Al-Houthi militias continue to receive strikes at the hands of the joint forces on various fighting fronts in Al-Hodeidah Governorate as a result of their continuous escalation to undermine the UN armistice and the UN-sponsored peace process.

Previous articleKlopp reminds Milan of Istanbul’s “uprising”
Next articleMonique Pardo on Magaly Medina: “Everyone thinks he’s the devil, but he’s an angel to me”