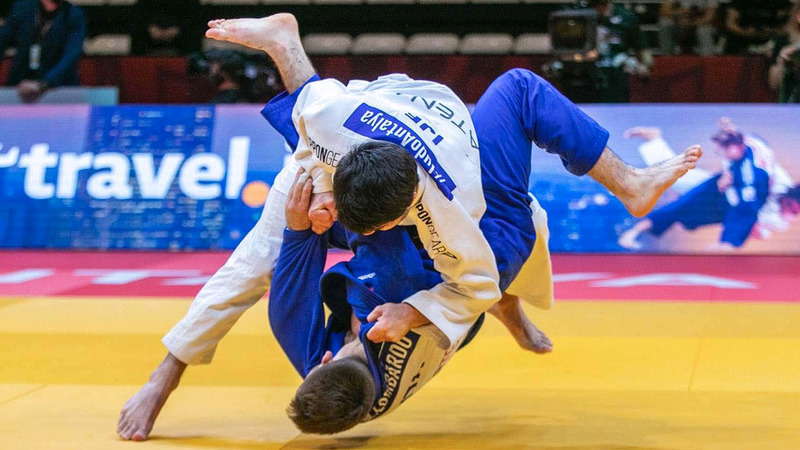 The first judo team organized its final camp at the headquarters of the international teams of the International Judo Federation in the Hungarian capital Budapest, as part of its preparations to participate in the World Judo Championships, which will be held in the Uzbek capital Tashkent from 6 to 12 October.

The team’s mission in the World Championship is headed by the Federation’s Secretary General, the Treasurer of the International Judo Federation Nasser Al-Tamimi, along with coach Victor, and four players according to their world classification: Talal Shelley, who participates in the under-81 kg weight, Jargory Omran under 90 kg, and Zafer Aram under 90 kg, and Muhammedov Omar over 100 kg.

Participation in the tournament is part of a long preparatory program approved by the Board of Directors of the Wrestling and Judo Federation.