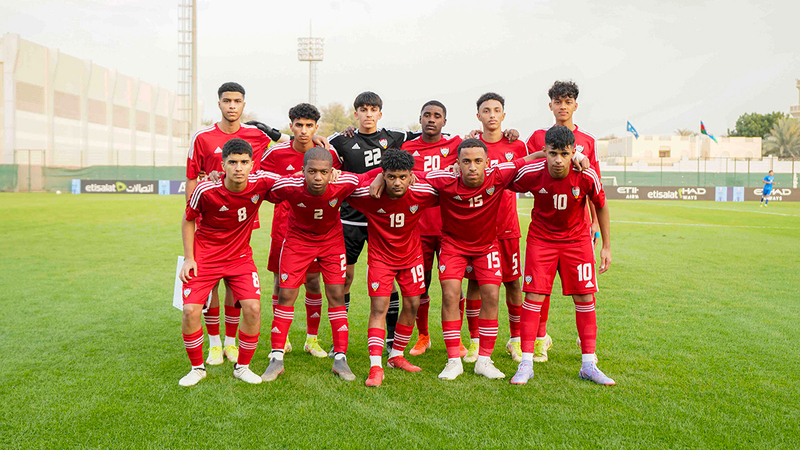 The delegation of the national junior national team, born in 2006, arrived yesterday morning in Dammam, Saudi Arabia, to participate in the eighth West Asian Junior Championships, scheduled for the period from 5 to 15 December, where the team plays in the second group, which includes the teams of Syria and Palestine.

Our national team will start its participation in the tournament tomorrow against Syria at 6:00 pm UAE time at the Gulf Stadium in Saihat, and then meet the Palestine team in the second round on December 7 at Al-Nahda Stadium in Dammam at 4:00 pm.