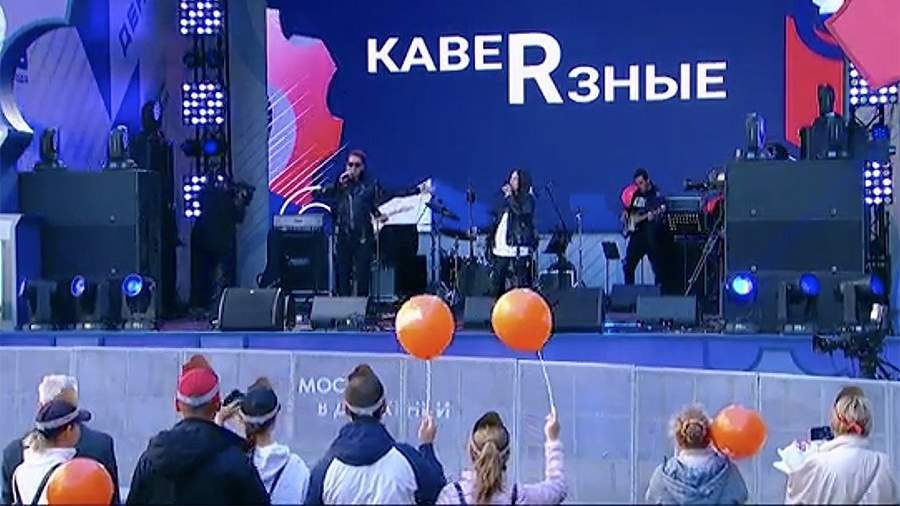 The musical cover band “Tricky” performed with popular compositions on the site of the REN TV channel on September 10.

The artists were introduced by the host of the “Most Useful Program” Vladimir Shcheglov. The musicians congratulated the residents of Moscow and guests of the capital on the City Day. Visitors to the festive event heard famous hits.

“Don’t forget to watch REN TV and my Most Useful Program on Saturdays at 10 am. Today you had a good reason to miss it, but from next week, let’s turn on REN TV every Saturday morning, ”added Shcheglov.

Moscow celebrates its 875th birthday on September 10 and 11. This year, cultural and entertainment events have been prepared for Muscovites and tourists. Also, the REN TV channel celebrates its 25th anniversary season

REN TV also prepared a festive program on the occasion of the holiday. On Okhotny Ryad Street, opposite the State Duma building, the hosts and authors of the most popular programs of the channel took the stage, the best Moscow cover bands, a show orchestra, retro and folk music groups and the brightest stars of Russian pop and rock music perform for the audience.

The singer Zara also took the stage, wishing the Muscovites and guests of the capital to realize all their plans.