The King is Back | 60 vs Pakistan: Fans adore Kohli 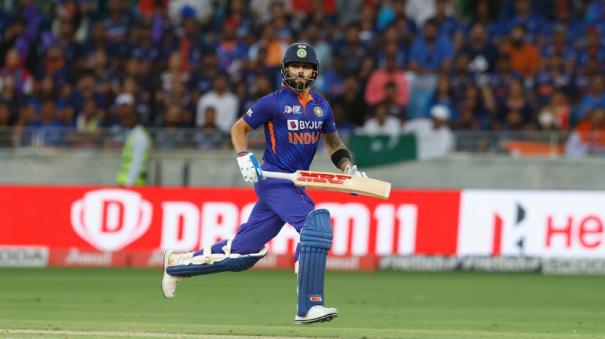 Fans are praising Virat Kohli who scored 60 runs against Pakistan. That too in this match he had scored a half century with sixes.

Kohli is one of the greats of modern day cricket, one of the FAB4s and a run machine. Until last year, there was an expectation of when he would score a century. However, the situation has worsened over the past few months.

Kohli has the ability to chase away the bowling of the opposition in all formats like Test, T20 and ODI. However, he was heavily criticized for his poor form. Some were hoping that he would definitely return to form and add to his old streak.

Kohli has saved the faith of those few people. He is playing well in the ongoing Asia Cup and adding runs. Especially against Hong Kong and Pakistan, he scored back-to-back half-centuries. Because of that fans are now praising him.

That too in the Super 4 round against Pakistan, Vlasi had scored a half-century. His amazing performance has earned him the appreciation of his fans. Kohli scored 60 runs off 44 balls in this match. It includes 4 fours and 1 six.

Shares by fans of Kohli fans…