The Kremlin: The allegations of the general mobilization announcement on May 9 are nonsense 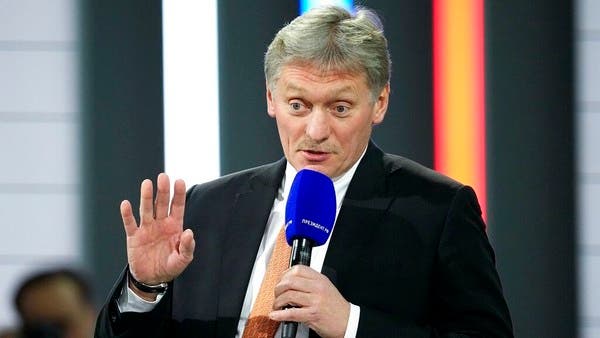 As Ukraine prepares for difficult days ahead, in light of the escalating estimates and odds that Moscow seeks to score a victory on the ninth of this month (May 2022), especially with the intensification of battles against the Russian forces in the east, the Kremlin denied the validity of these allegations.

Kremlin spokesman Dmitry Peskov told reporters, today, Wednesday, that the allegations of declaring mobilization in the country and all-out war against Ukraine, coinciding with the Victory Day, are nonsense.

And the Ukrainian Defense Ministry spokesman, Oleksandr Motozyanek, considered in previous statements that the Russian forces, which launched the second phase of their military operation in eastern Ukraine in late March, are trying to push his country’s forces out of the eastern regions before May 9, considering that this date is important for both sides.

The day is considered significant in Russia, as it is the national holiday of the victory over Nazism in World War II, which killed an estimated 27 million Soviet citizens, between 1941 and 1945, and which devastated the Soviet Union.

While many observers believe that Russian President Vladimir Putin may actually speed up his operations in the Donbass region in eastern Ukraine to obtain a victory to present to his people during those celebrations.

Attack of the Azovstal complex

As for the Azovstal steel plant in the city of Mariupol, southeastern Ukraine, the Kremlin denied that the Russian forces launched an attack on it, stressing that they did not intend to storm it.

“The order was publicly given on April 21 by Supreme Commander Vladimir Putin to cancel any incursion,” Peskov said, stressing that his country’s forces are surrounding the site, but only intervene to “quickly prevent attempts by Ukrainian fighters to return to the firing positions.”

The Russian army announced yesterday that it had bombed the sites of fighters from the Azov Brigade in the vicinity of the sprawling complex in that coastal city, which came under Russian control weeks ago.

Earlier today, Russian Defense Minister Sergei Shoigu said that his country’s forces imposed a tight cordon on the militants in the industrial zone, stressing that they “ignoring repeated proposals to release civilians and lay down their arms,” ​​he said.

It is noteworthy that since the launch of the Russian military operation on the lands of its western neighbor on February 24, Mariupol, overlooking the Sea of ​​Azov, has been a strategic target for Moscow, since controlling it will open a land corridor for the movement of Russian forces between eastern Ukraine and Crimea, which Moscow annexed in 2014.