The Kremlin: We do not object in principle to a meeting between Putin and Zelensky 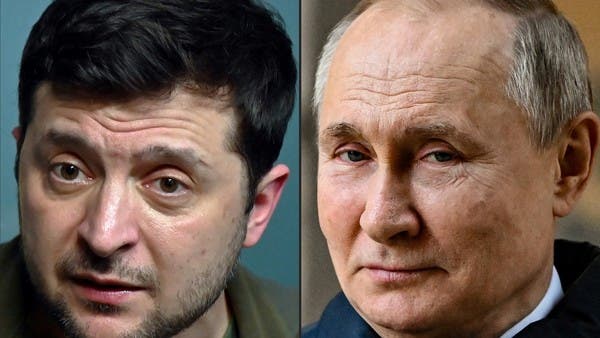 Kremlin spokesman Dmitry Peskov announced that Moscow does not object in principle to a meeting between Russian President Vladimir Putin and Ukrainian President Volodymyr Zelensky, but that the final document should be prepared.

During his meeting with reporters, Peskov explained about the possibility of a meeting between the two presidents, saying: “Here, the situation has not changed in any way, you know the position of the Russian President well. No one rejects in principle the possibility of holding such a meeting, but it must be well prepared and prepared. for him”.

He also pointed out that “it is only a matter of drawing up an appropriate document, which must already be finalized at the highest level.”

These statements come after Russia’s chief negotiator, Vladimir Medinsky, made it clear on Monday that the negotiations between Moscow and Kiev with the aim of reaching a solution to the conflict that would establish peace between the two countries never stopped, but rather took place remotely, via the Internet, according to Interfax.

Moscow had previously accused Kyiv of disrupting and obstructing the talks, through reports alleging atrocities and crimes committed by Russian forces, which were later discovered in the vicinity of the Ukrainian capital.

These accusations of mass graves, killings and corpses in the streets cast a shadow over the talks, but they did not seem to stop despite all that.

It is noteworthy that several rounds were held between the two parties, a few days after the Russian military operation on February 24, including directly near the Belarusian and Polish borders and in Istanbul also last March, as well as those that were held via the Internet, but none of them led to results. .

While Moscow insists on disarming its western neighbor and protecting Russian-speaking people in eastern Ukraine, as well as preventing it from joining NATO, Kyiv insists on its independence and the protection of its territory, demanding international security guarantees to prevent any future Russian attack.