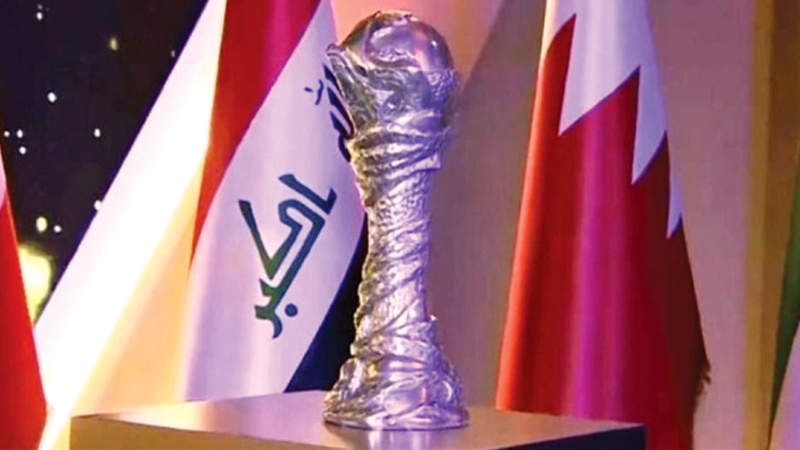 The Iraqi national team aspires to exploit the land and the public, to put a ninth imprint in the historical records, for the victory of the hosts in the Arabian Gulf Cup, which started yesterday in Basra, its 25th edition, after the tournament witnessed fairness to the land to its owners on eight occasions since its inception.

The Lions of Mesopotamia, in their second hosting of the Arabian Gulf Cup, are looking forward to repeating the scenario of the fifth edition in 1979, and to snatching their second title in history.

Over the past 24 editions, Kuwait and Qatar have been the biggest beneficiaries of the advantage of hosting the tournament, after each of them succeeded in winning the title twice on their land. On his land, he won the titles “Gulf 11” and “Gulf 17” in 1992 and 2004.

The list of Gulf teams that succeeded in winning the title on its soil includes Saudi Arabia in the “Gulf 15” in 2002, the Emirates “Gulf 18” in 2007, and the last of which was the Sultanate of Oman in the “Gulf 19” in 2009. Otherwise, the Bahrain national team remains a case Exceptional in the history of the Gulf Cup, when he failed to win the title at home and in front of his fans despite hosting the tournament on four occasions, knowing that Al-Ahmar won his only title in the last edition, Qatar 2019.