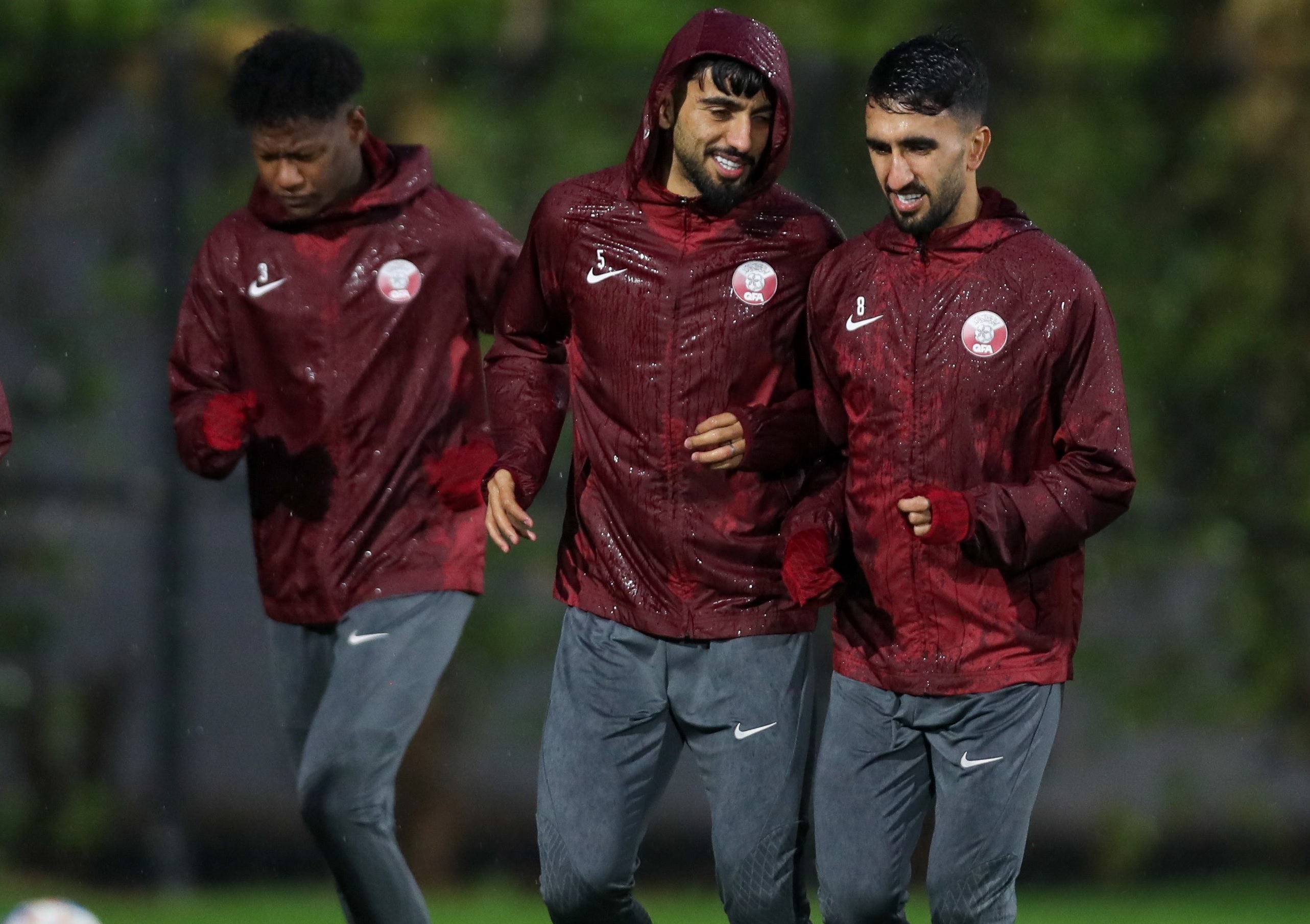 The Qatari national team conducted a training session in preparation for the national team match scheduled at 19:00 on Friday evening at Basra City Stadium, as part of the conclusion of the third round matches of the group stage of the second group competitions of the Arab Gulf Cup Football Championship “Gulf 25”.
The Portuguese Bruno Miguel led the training session, in which he put the tactical touches that he seeks to implement against Al-Abyad, based on what he watched in the past two matches against Bahrain and Kuwait, respectively.
The Portuguese focused on the healing aspects, handling errors, and implementing the plan that he will rely on during the fateful confrontation in which he is looking for the qualification card.
The media coordinator of the Qatari team, Saad Safar Al-Kuwari, confirmed in press statements that everyone turned the page on the last match against Bahrain, and that the focus is now on the next confrontation against the UAE team, and that everything is going well, in order to achieve what is required and win the match.
He added, “The loss against Bahrain makes the Qatari team enter the UAE confrontation with focus and eagerness to provide its best and appear in the required manner. With regard to physical fitness, there was no problem and there were no injuries, and all the players are in good condition, and there were no forced substitutions during the previous confrontation due to physical weakness.” But we can say that this is football at the end of the day.”
Al-Kuwari concluded his remarks: “The players will compete against the Emirates without pressure, and everyone is ready to do their best, and we wish them success in presenting a great match with the ball in their court with high concentration and winning the qualification card to the semi-final round of the Gulf Challenge.”