The leader who erected a statue to Godse has joined the Madhya Pradesh Congress party: BJP tease 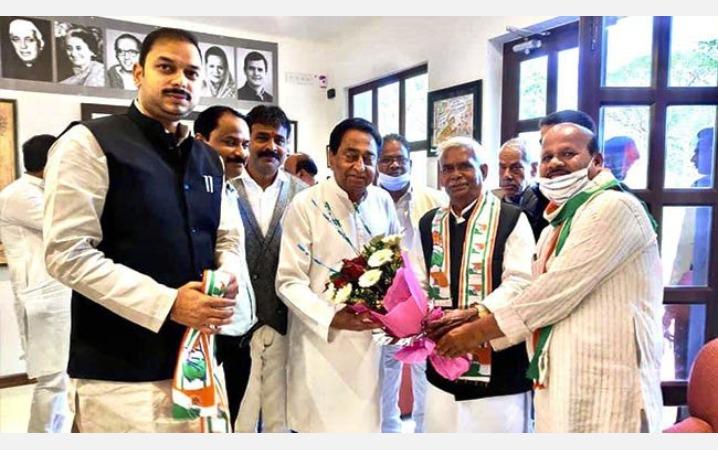 Madhya Pradesh politician Babulal Saurasia joined the Congress party yesterday, saying he would follow Nathuram Godse and spread his policies to the people.

Local elections are to be held soon in the state of Madhya Pradesh. It was in this context that Babulal Saurasia joined the Congress party yesterday in the presence of former Chief Minister Kamal Nath.

The activities of Babural Saurasia in the year 2019 were talked about with great excitement. Nathuram Godse built a temple in Gwalior, Madhya Pradesh and was worshiped by many under the leadership of Babulal. Babulal said he would spread Godse’s policies to one lakh people.

In this context, Babulal joined the Congress party yesterday, saying that he would actively follow Godse’s policies. To him Congress Party Great welcome on behalf. Also on Twitter Congress Party Congratulations.

Babulala who is in conflict with policy Congress Party The question arose as to how it was accepted. Madhya Pradesh Gwalior constituency Congress MLA Praveen Pathak said, “Babulal had initially joined the Congress party but split from the Congress due to differences.

Babulal then joined the Hindu Mahasabha and won the election and became a councilor.
Rahul Gandhi, the leader of our party, has forgiven those who killed his father. The Indira Gandhi family is broad-minded. It should not be forgotten that Kotse was initially worshiped by Babulal Gandhi. “

Commenting on joining the Congress party, Babulal Saurasia said, “When I was in the Hindu Mahasabha, I was compelled to worship Godse. But from the beginning I belonged to the Congress party. Now I have gone back to that family.”

Jaiveer Bhardwaj, President of the All India Hindu Mahasabha, said, “In the present context Congress Party Anyone can be accepted. “

A German-French competition to rebuild the port of Beirut

Because of immigration.. Harris gets nervous on the air and gets angry in the face of a journalist

How effective is the Covshield, covaxin vaccine against corona? – ICMR decision to study