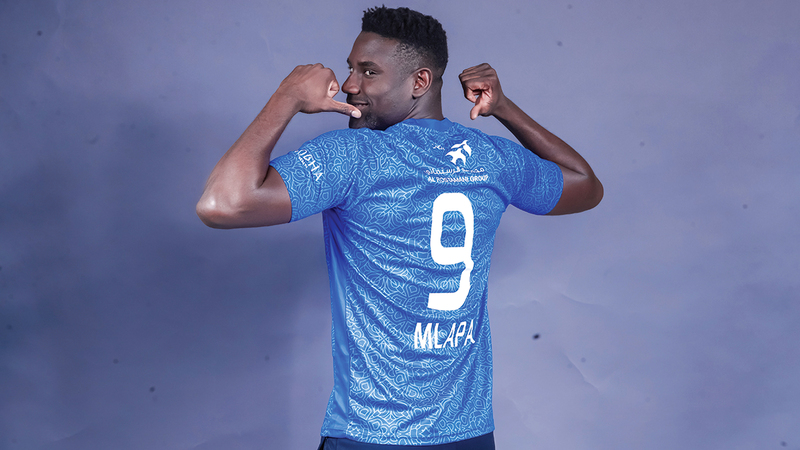 The wheel of the ADNOC Professional League will return to rotation after a difficult and disappointing stop, after participating in the Gulf Championship 25, which was held in the Iraqi city of Basra, and which Al-Abyad eliminated from the first round with one point.

The matches of the 13th round, scheduled for tomorrow and the day after tomorrow, will resume, at a time when the professional league teams attracted 18 deals with the start of the winter transfer period, which started early this month.

Al-Nasr team came at the forefront of the teams that concluded deals with six players, while six teams contented themselves with preparing well for the return of the league and relying on the same group of players present in the team during the first round.

Looking at the teams’ contracts during the winter transfer period, we find that the Al-Nasr team succeeded in signing players with names of great experience and has sold in the league championship in the past years and not the first round, as most of these players were absent from their teams in many matches, including Abdulaziz Sanqour with Shabab Al-Ahly And Sultan Al Shamsi and Saud Abdul Razzaq, who did not appear much with Shabab Al-Ahly either, but he would certainly be a strong addition if he presented the same level that he presented with his team at the beginning of the season.

And in the strongest deals during the “winter Mercato” so far, Al-Nasr succeeded in contracting with the Togolese player Malaba, the brilliant Ittihad Kalba player, with the team in previous years since he joined the team in 2019, but he did not appear this season and remained on the bench, so that the club announced the dispensation of the player’s services since A few days in a surprise to Al-Riyadi Street, and Al-Nasr announces after that on Wednesday evening the signing of the player in a free transfer deal, so that the “Brigadier” completes his five deals, the most important of which are the center of defense and two foreign strikers, substitutes for the Brazilian Lucas and the Gambian Dembo, who were the weakest link in the Brigadier’s foreigners in the first round.

Dibba, who has the penultimate position, came in second place in terms of the level of deals, although the number of the dean is the same with five players, and they are three Brazilians and two citizens, but they are unknown names and have never been in the professional league before, and we talk about the three foreign players.

It also highlights the Al-Jazeera contract with Serbian Milos Kosanovic, to be registered instead of Mali Abdullah Diaby, whose contract was terminated by mutual consent between the two parties.

So far, five teams, namely Shabab Al-Ahly, Al-Wahda, Al-Wasl, Sharjah, and Ittihad Kalba, have had enough of their players registered in the first round, and no team has moved to make deals, despite the need for some teams to seek the help of players, especially Shabab Al-Ahly, who missed attacking the distinguished Brazilian Igor, after he was exposed Injury and he will be absent for two months, just as Al Wasl did not try to address the defensive errors that appeared in the first round of the season, especially in the parties.

For his part, technical analyst Khaled Obaid confirmed that the winter transfer period is always absent from the super deal or the distinguished player, due to the distinguished players being linked to contracts with their clubs, indicating that the clubs certainly seek the help of players in order to adjust their conditions, but this support appears in the matches. during the league championship.

Khaled Obaid told Emirates Al-Youm: “Certainly Al-Nasr and Dibba will be the two teams that make the most deals because of their position in the league championship in late positions, and the value of these deals will only appear in the next league matches. Al-Nasr has succeeded to some extent in addressing some mistakes and negatives, but The bet remains on these players on the field due to their lack of presence in the league matches in the first round and their absence from the matches, which constitutes a challenge for the players as well as the technical staff in order to properly exploit and employ these players in an optimal manner for the success of their mission.

He added: «Dibba also concluded many deals, but victory remains. Perhaps the names he contracted with have the most experience, and at the level of the rest of the teams there may be many teams waiting to conclude deals with the conclusion of the first round, including, for example, Ittihad Kalba, who must To look for a replacement for Malaba, who dispensed with him and moved to victory.

• Al-Nassr succeeded in signing players with names that have sold in the league championship in the past years.

• Malaba has played for Ittihad Kalba since 2019, but he did not appear this season as required and remained on the bench.

• 5 teams have so far settled themselves with preparing well for the return of the league and relying on the same group of players that were with them during the first round.