The legend of Cameroon defends his country .. and mocks the Tunisian national team 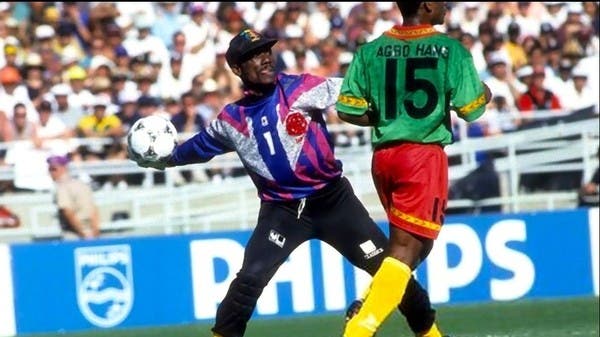 Legendary Cameroon goalkeeper Joseph Antoine Bell defended the image of his country, which hosts the 2022 African Nations Cup, while mocking Tunisia’s decision, whose players refused to complete the remainder of the Mali match on Wednesday.

Bale (67 years old) is considered one of the goalkeepers legends on the African continent, as he played for his country 70 international matches between 1977 and 1994, and was a champion of the African Nations Cup in the 1984 and 1988 editions, and also participated in the 1994 World Cup that was held in the United States of America. .

“The image of the African Nations Cup does not depend on the Cameroonians, they are not responsible for the referee, but the question should be directed to Patrice Motsebe, president of the African Confederation,” Bale said in statements carried by Agence France-Presse.

He continued: It is just a picture of a person who has done something wrong, he will be punished, like a player who is sent off in a match. You must stop thinking that a black man’s mistake should be reflected in the whole of Africa.

Bale said sarcastically: Let’s write about the lack of fair play in the Tunisian national team. After all, they missed a penalty, they wouldn’t convince us that the lost time would have made up for them, they had the whole game to score.