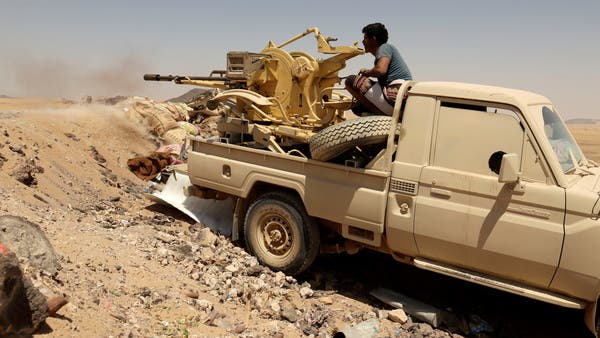 On Monday, the joint Yemeni forces liberated new areas north of the Maqbna district, west of Taiz governorate, and were able to kill and wound dozens of Houthi militias.

In the details, the joint Yemeni forces managed to liberate areas in the isolation of Al-Barsha in the Al-Maqbanah district, and to purify important mountain ranges and ruling sites, after defeating the coup militias from them, according to what a military source told the official Yemeni news agency “Saba”.

Clearing the area of ​​mines

After the liberation of the areas, the engineering teams began opening roads and clearing the area of ​​mines and explosive devices planted by the Houthis.

It is noteworthy that the joint forces on the western coast of Yemen had announced, on Sunday, their control of strategic areas and mountains adjacent to a number of directorates in the governorates of Taiz and Hodeidah, amid great collapses and heavy losses in the ranks of the Houthi militia.

In addition, the Houthis incurred heavy losses in lives and equipment by artillery shelling of the army forces and air raids by the Coalition to Support Legitimacy in separate locations in the south and west of Ma’rib Governorate.

The army’s artillery demolished Houthi barracks and gatherings on the al-Juba, Sirwah and al-Kasara fronts, with concentrated bombardment, which resulted in deaths and injuries among the militias and the destruction of their combat vehicles and equipment, according to the “September 26” website of the Yemeni army.

Members of the Houthi militia near Marib (Reuters Archive)

Simultaneously, the coalition warplanes targeted, with several raids, Houthi gatherings and reinforcements in separate areas south and west of Marib, inflicting heavy human and material losses on the militias.

It is noteworthy that Taiz is one of the cities most affected by the bombing, siege and destruction of the Houthis, who overthrew the legitimate authority in 2014.