The liquidation of 23 terrorists within 4 days..The Egyptian army publishes photos of its operations in Sinai 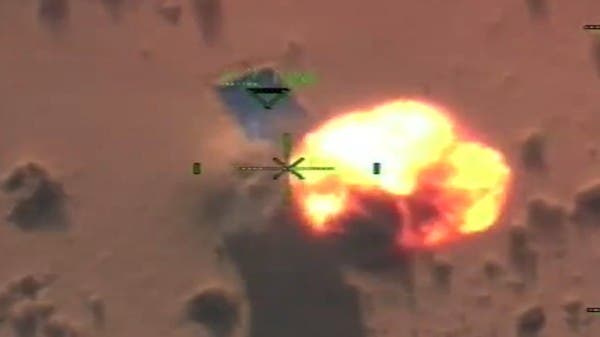 The Egyptian army published pictures of its intensive operations in Sinai after thwarting the terrorist attack on the water lifting station in western Sinai 4 days ago.

The army revealed through the pictures its air strikes on the terrorists’ hideouts after the terrorist incident, as the military spokesman announced the pursuit and besieging of a number of terrorist elements in isolated areas adjacent to the border areas, noting that the air force carried out a focused air strike on May 7, which resulted in the destruction of a number of terrorists. From terrorist outposts, and two four-wheel drive vehicles used by terrorist elements to implement their criminal plans, which resulted in the killing of 9 Takfiri elements.

He pointed out that the army forces succeeded in discovering and destroying a number of explosive devices intended to target the forces, and at dawn today they carried out their focused strikes, which resulted in the destruction of a vehicle and the killing of 7 Takfiri elements.

The military spokesman added that the law enforcement forces managed, this morning, Wednesday, to discover the movement of a number of terrorist elements around one of the security pillars, and they dealt with them, which led to the killing of 7 Takfiri elements, and the seizure of a number of automatic rifles, storage, hand grenades, wireless devices and volcano launchers. Those operations claimed the life of an officer and 4 soldiers, and wounded two other soldiers.

The Egyptian army had managed to thwart a terrorist attack on a water pumping station in the west of the Canal a few days ago.

The military spokesman stated that a group of takfiri elements attacked the point of raising the waters of western Sinai, and the elements assigned to work at the point clashed and confronted them, killing an officer and 10 soldiers, and wounding 5 individuals.

Egyptian President Abdel Fattah El-Sisi stressed that the terrorist incident will not undermine the resolve of the Egyptian state or the Egyptian army in their war against terrorism.

In his post on the communication sites, he said that the loyal people of Egypt respond to the call of their homeland with all courage and sacrifice, continuing in a unique self-denial and a belief that will not be shaken by the doctrine of homeland preservation.