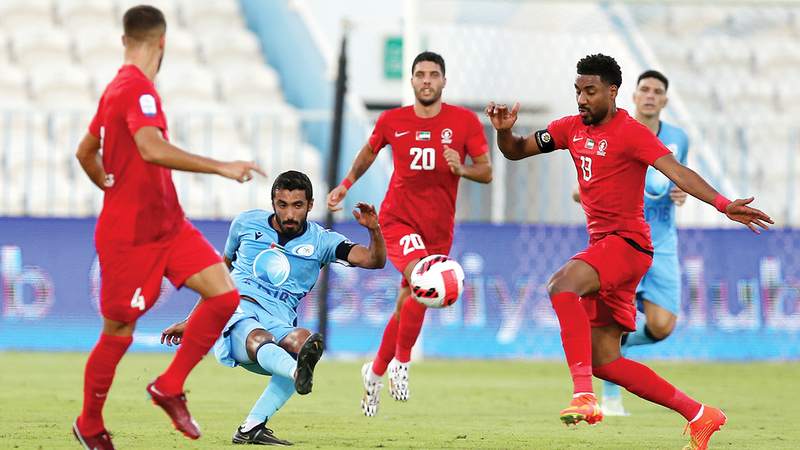 An official statistic issued by the Professional League, three rounds after the start of the ADNOC Professional League, showed that Al-Bataeh, the newcomer to the League of Lights, mainly pursues its attacks on the long transmission, and that the idea of ​​possession is not among its interests, compared to the rest of the league clubs, but nonetheless He managed to surprise his rivals on their home soil, winning in two meetings, which resulted in him collecting six full points out of nine, leaving heavy-caliber clubs behind him in the standings.

The figures revealed that Al-Bataeh team tops the list of clubs most dependent on long transmissions, and that the team, during three rounds, sent 171 long passes, including 37 at the feet of the team’s goalkeeper, Zayed Al Hammadi, but on the other hand, it is at the bottom of the list of teams in the number of passes with only 697 passes, which is what He explains that the team prefers these long passes, unlike the rest of the competition team, which prefers possession of the ball.

For his part, the Brazilian coach of Al-Bataeh team, Caio Zanardi, explained that his players excelled in the tactical commitment, despite the difficulty of the Bani Yas match, and that the spirit in which they fought the confrontation contributed to achieving the second victory for his team, praising at the same time the performance of his players, describing the victory over the “heavenly » due.

He said in the press conference that his team succeeded in achieving a strong start in its first appearance in the professional league, and added: “For me, I hope that the team players maintain a high concentration, we will work to benefit positively from the international break, we want to increase the proportion of harmony between the players the team”.

In response to a question about the positive results provided by the team in its first season, Zanardi said: “We do not plan to be at the top, and all our goal is to deal with each match separately, and to collect the largest number of points to secure our survival in the professional league next season.”

In turn, the Bani Yas team coach, the Romanian Daniel Isila, blamed the luck for their loss in the face of Al-Bataeh, and pointed out that bad luck required his team’s players, and was a reason for wasting many opportunities for his players to score, stressing that he was not worried about the team, As far as his concern to miss opportunities were within the reach of his players.

A long pass for Al-Bataeh team in three rounds, including 37 passes by the team’s goalkeeper, Zayed Al-Hammadi.

The percentage of possession of the ball in the first round, compared to 28.7% in the second round, and 36.8% in the third round.