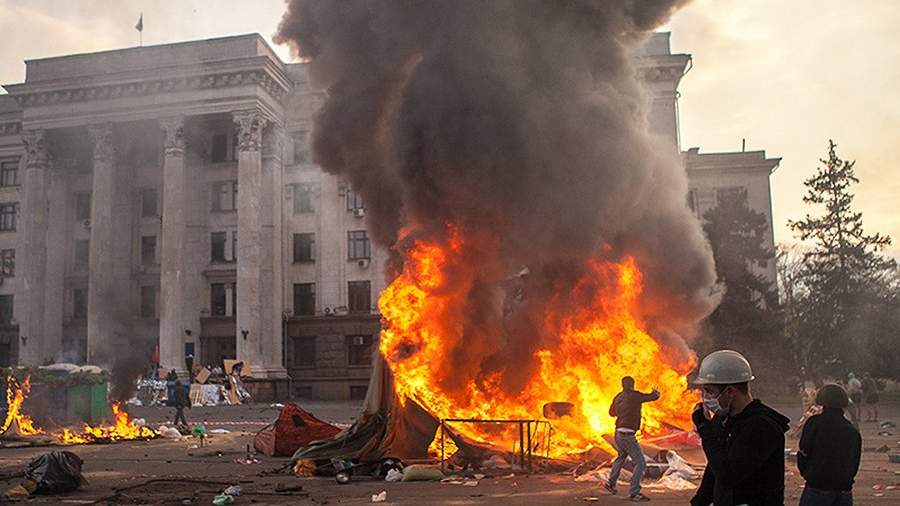 Russia’s special operation to protect Donbass will restore justice and punish those responsible for the tragedy in Odessa in the House of Trade Unions. This was announced on Monday, May 2, by Rodion Miroshnik, adviser to the head of the Lugansk People’s Republic (LPR).

“Following the liberation of the territories of Ukraine from the puppet Ukrainian regime, detailed proceedings and fair trials of the organizers and perpetrators of crimes against humanity and human rights committed on the territory of Ukraine will certainly follow. The Nazis must answer for the crimes of May 2 in Odessa, in the “library” in Mariupol, executions, violence and looting in the village of Luganskaya,” he told RIA Novosti.

He emphasized that those who called the criminals heroes, covered up the crimes and did not allow retribution to take place, should also bear separate responsibility. According to him, the restoration of justice is one of the most important tasks of the special operation.

On February 21, Russian President Vladimir Putin said that the identities of those responsible for the tragedy in Odessa are known and Moscow will take the necessary measures to punish these people. He stressed that the perpetrators of the crime have not yet been punished.

On May 2, 2014, anti-Maidan supporters clashed with radicals in Odessa. The activists were locked in the House of Trade Unions, and members of the Right Sector extremist group (banned in the Russian Federation) set fire to the building. Without letting anyone out, they opened fire on those who tried to escape from the fire. 48 people were killed, more than 250 were injured.

No one was punished for what happened in Odessa. The main defendants in the case are still on the wanted list. At the same time, Russia, as well as the UN and other international organizations, have repeatedly criticized Ukraine for a formal and reluctant investigation into the Odessa tragedy.