The Manchester City captain shocked Guardiola .. “I did not know!” 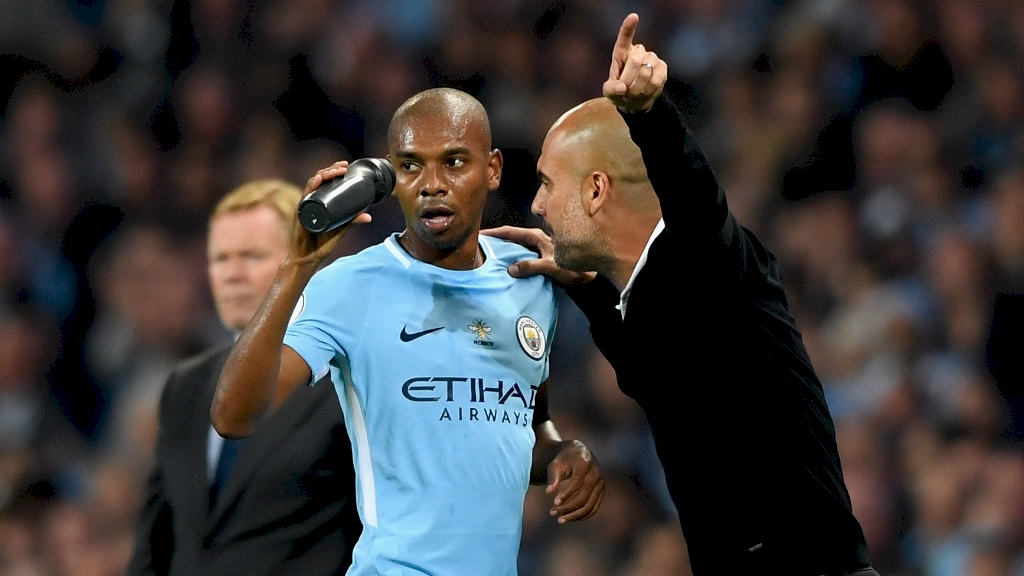 Brazilian former Manchester City midfielder and captain Fernandinho has returned to his country to defend the colors of his debut team, Atletico Paranaense, according to what the latter announced on Monday.
The 37-year-old, who surprised City coach Josep Guardiola by announcing his departure from the Premier League champions, after spending nine seasons with him, signed a contract with Paranaense for two and a half years.
“I am happy to be back home, knowing that I can apply a little of everything I have achieved in these years by playing in Europe,” Fernandinho said in a press conference upon his arrival in the southern city of Curitiba.
Born in Parana state and its capital Curitiba, Fernandinho started his football career at Atletico Paranaense in 2002 before moving to Ukraine to join Shakhtar Donetsk in 2005.
After eight years in Donetsk, during which he won the Ukrainian League title six times and the Ukrainian Cup four times, in addition to the European Cup in 2009, Fernandinho caught the attention of City.
In that period, he had joined the Brazilian national team, with whom he played 50 matches between 2011 and 2019, and crowned him with the Copa America title for the South American teams in 2019 and participated in the World Cup twice.
In the ranks of City, Fernandinho won the Premier League title five times, along with the English Cup once and the League Cup six times, and contributed to leading him in 2021 to the Champions League final for the first time in the club’s history.
The Brazilian shocked coach Guardiola in April after he announced his desire to leave the club after reaching the end of his contract this summer.
The midfielder revealed his decision on the eve of facing Atletico Madrid in the Champions League quarter-final second leg, in which City reached the semi-finals before exiting at the hands of Real Madrid, who later won the title.
Guardiola, who is next to the Brazilian player, was surprised by the captain’s decision, “I didn’t know! This is new news.”
And the Spaniard continued, “I didn’t know that. We’ll see what happens. I don’t know what will happen. It is important. I will ask him.”
Guardiola considered that Fernandinho was “a great player for Manchester City,” adding, “At the end of the season we will discuss, maybe (it happened) because of his family.”
Atlético Paranaense currently occupies third place in the Brazilian League and qualified for the final price of the Copa Libertadores competition for South American clubs, where it will face Paraguay’s Libertad.
Fernandinho will be available to defend the colors of his new-old team from July 18 when the door opens for Brazilian clubs to register new players.