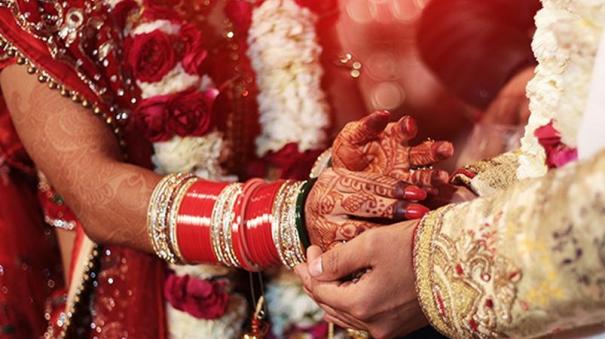 New Delhi: Child welfare organizations have urged the parliamentary standing committee to improve the quality of education as an alternative to raising the age of marriage for women.

The Union Cabinet last December approved raising the minimum age of marriage for women from 18 to 21. The Union Cabinet has approved the recommendation of the committee headed by Jaya Jaitley. The panel, appointed by the Department of Women and Child Development, recommended that the minimum age for marriage be changed based on infant mortality, maternal mortality and maternal health.

The recommendation is said to be aimed at empowering women and achieving gender equality. At the same time as extending the age of marriage, the Jaya Jaitley Committee stressed the need to ensure opportunities for female education till then.

In this context, child protection organizations, opposition parties and Muslim organizations have been protesting from the beginning against the law raising the age of marriage for women to 21.

Following this, the Nobel Peace Prize-winning Kailash Satyarthi-led Children’s Rights Organization and the National Child Protection Organization submitted a report to the Parliamentary Standing Committee last Monday. The report will be released next month.

In a statement to the Parliamentary Standing Committee, he said, “Data from the National Crime Bureau shows that the Child Marriage Act-2005 has failed to prevent child marriages. To avoid all this we need to increase the quality of education. The number of school dropouts should be closely monitored and steps should be taken to provide free education to girls up to the age of 18.

In addition, five women’s welfare organizations have submitted reports to the Parliamentary Standing Committee to set the age of marriage at 18 for men and women.

Earlier, many had questioned why marriage should not take place if one is 18 years old enough to vote in the country’s general election. In this case, child welfare organizations have filed this statement against the new law raising the age of marriage for women.