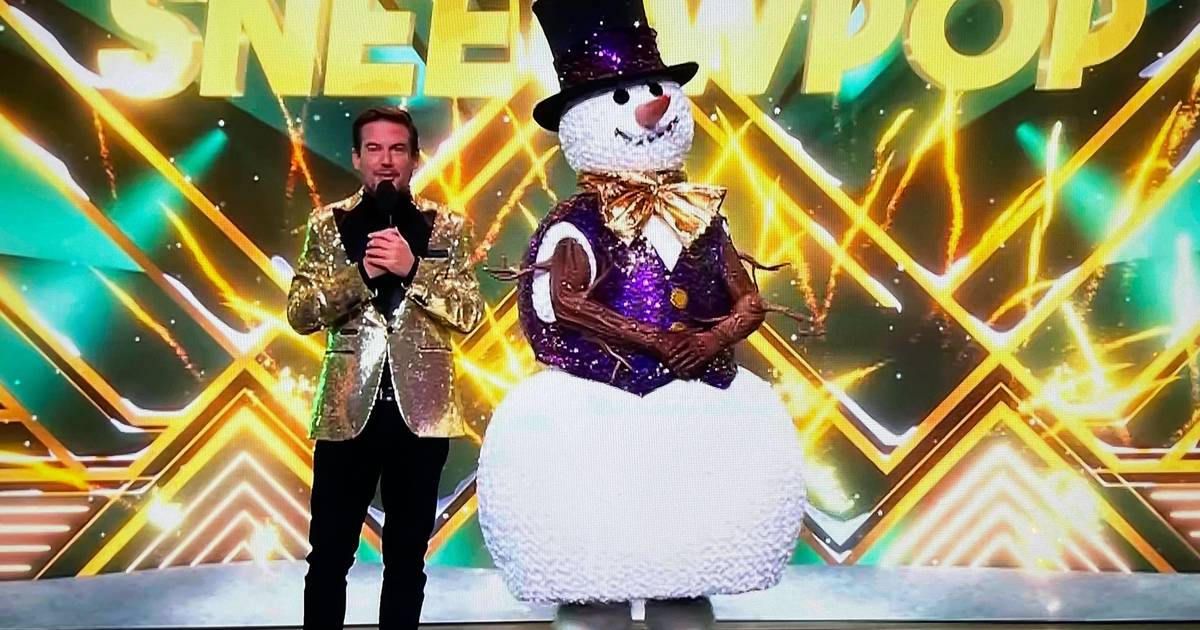 The New Year’s Eve special of the ratings hit The Masked Singer has produced a surprising list of Dutch celebrities. Whoever put on the snowman’s suit at the last minute of 2022, enchanted the hall with his head voice, and won.

The snowman competed against four other New Year’s Eve characters in The Masked Singer’s one-off special. The clockwork – a role by John Williams – and the snowman were the last two left. Williams was forced to throw back the necessary pills before his performance due to an injury to his big toe. ‘Well, very stupid, broken. Bumped on a table leg. So I’m pretty high here.’

Presenter Ruben Nicolai noticed that the snowman got the entire jury, consisting of team Carlo Boszhard and Loretta Schrijver and Gerard Joling and Buddy Vedder, very quiet. There was a standing ovation on top of that. All four went for Jim Bakkum, especially because he can go so high with his voice.

That turned out to be true. Loretta doubted the thin arms of the finalist for a while. “Jeez, who would have thought? You don’t see a single nut, it was a blind spot. You all know how I am with stage baking,” Jim joked, referring to the accident years ago during the rehearsals of the musical Grease. One of the hints was a stack of Suske en Wiske books. “Because I was the stripper in the Our Boys movies.”

Irene Moors was hidden in the suit of the oliebol, Jelka van Houten went for the Christmas tree and Leco van Zadelhoff transformed into a reindeer.