The mass attendance of the Club World Cup.. over 12 years old 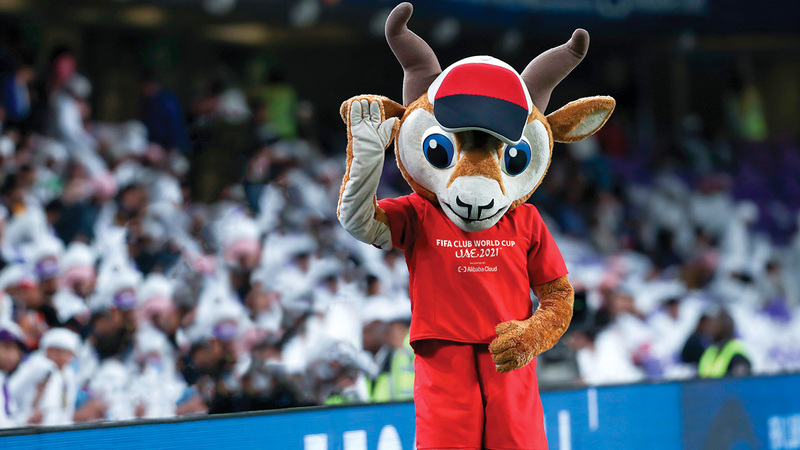 The Organizing Committee of the Club World Cup “UAE 2021” revealed yesterday that attending the matches of the next edition of the Club World Cup “UAE 2021”, scheduled for the period from the third to the 12th of next February, will be starting from the age of 12 years and above, in order to ensure a higher application. Safety standards to ensure the health of all participants, fans, organizers and players.

And she said in a statement yesterday: “All fans must submit a negative PCR test result that is valid for at least 48 hours, and submit a status of green traffic through the Al-Hosn app.”

The organizing committee announced the launch of the promotional activities for the tournament presented by Alibaba Cloud, which include the return of “Dhabi”, the official mascot of the tournament after its first appearance in the first edition in 2009, in addition to organizing a tour of the official championship cup across the emirates of the country.

The calendar of events includes a number of community championship programs and interactive activities that aim to achieve a positive impact on various segments of society in the country, inspire young people to interact with major events and encourage them to follow a sporty and healthy lifestyle. The audience through the mobile tours and activities in the «Dubai Expo 2020», and a number of public places and shopping centers in various parts of the country.

For his part, the official spokesman for the Supreme Organizing Committee of the FIFA Club World Cup, Muhammad Al Dhaheri, said: “We are very pleased with the return of (Dubai) and the cup tour to our community programs and interactive shows before the start of the tournament expected by all football fans.”

He added: “Community programs are an essential part of our hosting of the FIFA Club World Cup for the fifth time in the global sports capital Abu Dhabi, and we aim to provide an indelible experience from everyone’s memory, achieve a positive impact on society, and inspire them with the importance and role of sporting events and their important reflection in enhancing the role of sport as a daily lifestyle. ».

The tournament, which will be held from February 3 to 12, 2022, will witness the participation of Al Jazira Club, the representative of the Emirates, in addition to six teams around the world competing in knockout matches to obtain the most expensive title in the world of club football.