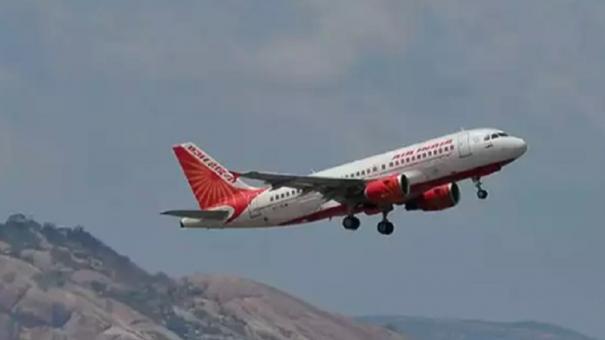 Bengaluru: A man named Shankar Mishra, who urinated on a female passenger on a flight under the influence of alcohol, was arrested by the special police while lurking in Bengaluru. Even though the man had switched off his cell phone, he was contacting his friends through social networking sites and the police arrested the man with it. And he used a credit card. Despite that, the police approached the man and arrested him. Police said that Shankar was arrested last night and brought to Delhi and will be produced in court soon. Meanwhile the man’s father is threatening his son. He has given an interview to the media accusing them of diverting the wrongdoing.

what happened? A 72-year-old woman was traveling on a flight from New York to India on November 26. A 32-year-old man was also traveling in the same Air India flight. The passenger urinated on a 72-year-old female passenger.

Regarding this, the woman said, “When the lights were turned off for the passengers to sleep, a drunkard came near my seat and urinated there before he undressed. Even then he stood obscenely without fixing his clothes. My fellow passengers heard my help and removed the person. The flight crew gave me another dress. . They spread another seat on that seat. I complained about my distress. But after the plane landed, the person disembarked as if nothing had happened. The flight attendants were complacent in this matter,” Tata wrote to Group Chairman N. Chandrasekaran. In this case, the person was banned from flying in Air India for 30 days.

Lost Job: Meanwhile, the man who peed on the plane has been fired from the US financial services company Wellsboro. Also, the company has strongly condemned the action of Shankar Mishra saying that it is a big shame for their company.

Blackmail happens: Shankar Mishra’s father in an interview to a private channel said, “This is a completely fake case. My son was very tired on the day of the journey. He did not sleep for 30 hours before that. He drank alcohol on the flight. He said that he fell asleep after the meal. After he woke up, the airline staff said like this. They said that an incident happened. For me, he would not have done such a thing. My son is 34 years old. The victim is 72 years old. There is no way that my son could have behaved so rudely to such an old woman. My son is married and has a daughter. If he had done this, I could not have done such a thing after this incident. The son was asked for some money and negotiated. He has given it. These allegations have been made when he did not give it to be asked for something again,” he said. While the police were looking for Shankar Mishra, he was arrested by the police in Bengaluru last night.