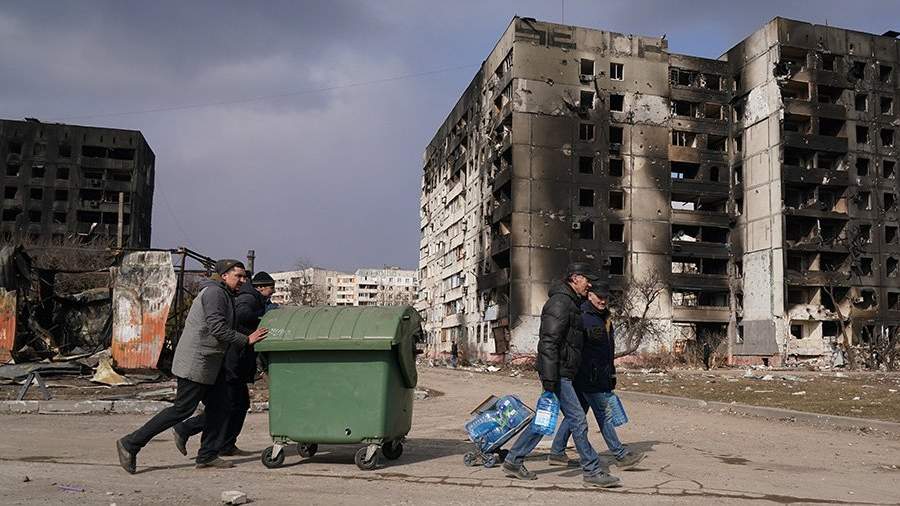 The Investigative Committee of the Russian Federation has charged a soldier of the 501st separate battalion of the Marine Corps of the Armed Forces of Ukraine (APU) Anton Cherednik, who killed a resident of Mariupol due to the incorrect pronunciation of words in the Ukrainian language. This was reported to journalists on Tuesday, June 28, in the press service of the department.

According to investigators, on March 27, in the village of Mirny, Mariupol, Cherednik stopped two men to check their documents and ordered them to lie on the ground. Realizing that the citizens were not participants in the armed conflict, he demanded that they say a phrase in Ukrainian. Using an incorrect pronunciation as a pretext, Cherednik shot one of the men.

The second victim survived and testified.

The military is accused of committing a crime under Part 1 of Art. 356 of the Criminal Code of the Russian Federation (“Use of prohibited means and methods of warfare”).

At the end of last week, on June 28, the Investigative Committee announced the initiation of a criminal case against a serviceman of the Armed Forces of Ukraine Vitaliy Katranych. He shot dead a resident of Mariupol, having discovered, when checking documents, data on the latter’s trip to Crimea in 2018. The body of the deceased was found on the territory of the automatic telephone exchange ATS-24 with his hands tied with construction clamps.

Earlier, on June 18, it was reported that the investigation into the case of a Ukrainian marine was completed, who is accused of killing a resident of Mariupol, raping his wife, and torturing two prisoners of war. In the near future, the case will be sent to the prosecutor’s office.

Prior to this, on April 30, Senior Lieutenant Sergei Batynsky, deputy commander of the fire support company for educational work of the military unit A-2777 as part of the 36th Marine Brigade of the Armed Forces of Ukraine, was charged with murder and sexual violence against civilians.

Russia continues the special operation to protect the Donbass, the beginning of which President Vladimir Putin announced on February 24. The key goals of the Russian military are the denazification and demilitarization of the Kyiv regime. This is necessary to ensure the security of the Russian state and people. Moscow also emphasized that strikes were carried out only on military infrastructure.

The situation in the region escalated in mid-February due to shelling by the Armed Forces of Ukraine. Since 2014, the Ukrainian authorities have been fighting against the inhabitants of the Donetsk and Luhansk People’s Republics, who refused to recognize the results of the coup d’état in Ukraine.