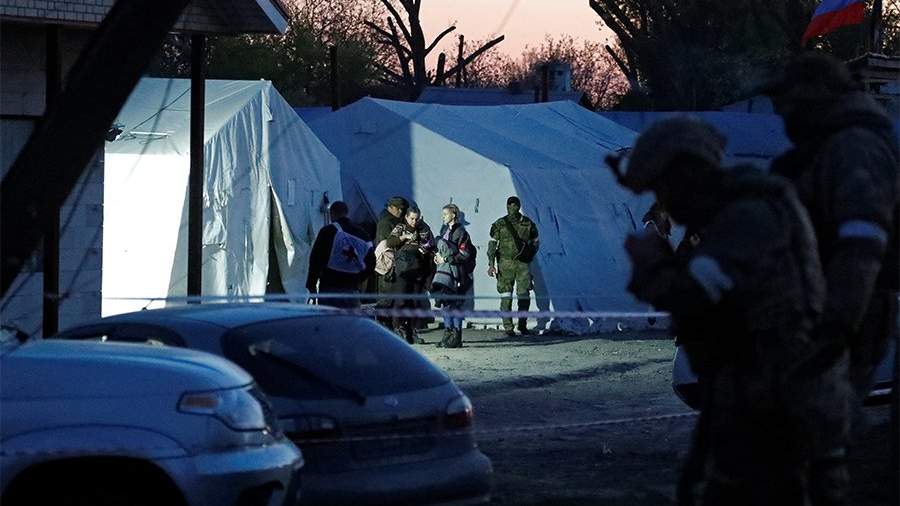 Thanks to the measures of the Russian Federation, the operation to evacuate civilians from the territory of the Azovstal plant in Mariupol has been completed. This was announced on Saturday, May 7, by the head of the National Defense Control Center of Russia, Mikhail Mizintsev.

“Today, a humanitarian operation to evacuate civilians from the Azovstal metallurgical plant has been completed. During the period of the operation from May 5, 51 people were saved – 18 men, 22 women, 11 children, including one person on May 7, ”Mizintsev said.

He stressed that the operation to evacuate citizens was completed thanks to the unprecedented measures taken by the Russian leadership with the active participation of representatives of the United Nations (UN) and the International Committee of the Red Cross (ICRC). Accompanied by representatives of international organizations, the evacuees departed for selected places of temporary accommodation. Each of them was provided with security, qualified medical and psychological assistance.

Earlier on Saturday, Deputy Prime Minister of Ukraine Irina Vereshchuk also reported that all the elderly, women and children were evacuated.

On the eve of the Ministry of Defense of the Russian Federation announced the evacuation of 50 civilians from the plant. Residents who left the enterprise said that they were not allowed to leave the territory of the plant. The impediment to evacuation was allegedly due to a threat to their safety.

As the political figure and activist of the Donetsk People’s Republic (DPR) Alexander Khodakovsky said, the fighters of the Armed Forces of Ukraine mined the passages near Azovstal during the silence regime. According to him, the nationalists mined the passage near the territory of the plant, while the Russian servicemen tried to comply with all the conditions of the OSCE and were engaged in the evacuation of Mariupol residents.

In Ukraine, the special operation of the Russian Federation to protect Donbass continues, the beginning of which President Vladimir Putin announced on February 24. The key goals of the Russian military are the denazification and demilitarization of the Kyiv regime. This is necessary to ensure the security of the Russian state and people. Moscow also emphasized that it does not hatch plans for the occupation of Ukraine, and strikes are carried out on military facilities.

The situation in the region escalated in mid-February due to shelling by the Armed Forces of Ukraine. Since 2014, the Ukrainian authorities have been conducting a military operation against the inhabitants of Donbass, who refused to recognize the results of the coup d’état in Ukraine.