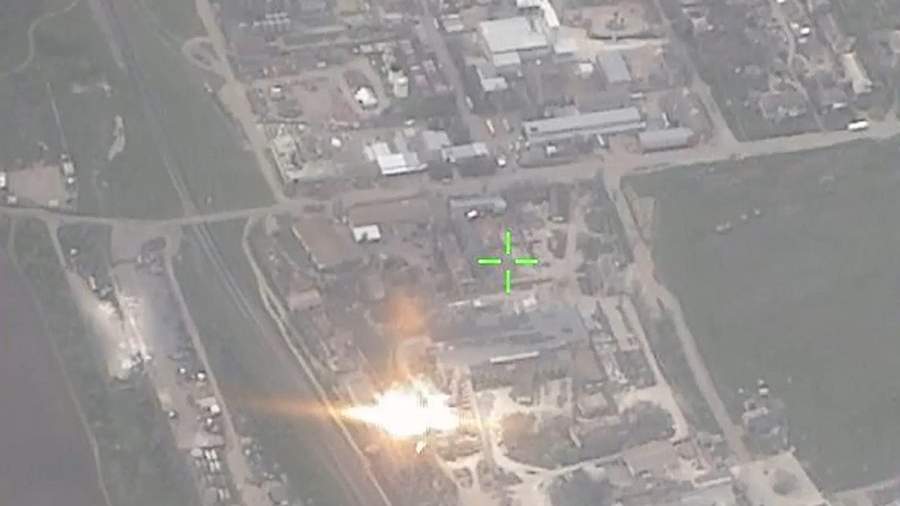 Aviation of the Aerospace Forces of Russia hit 39 military facilities of the Armed Forces of Ukraine (AFU). This was announced on Tuesday, May 3, by the official representative of the Russian Defense Ministry, Igor Konashenkov.

Thus, strikes were carried out on two command posts and 36 areas of concentration of manpower and military equipment.

In addition, during the day, the Russian army launched precision airstrikes on six weapons depots in Ukraine and destroyed a US-made radar station.

“In the areas of the settlements of Krasny Liman, Kramatorsk and Kamyshevakha, four radar stations for detecting air targets, six depots of ammunition and missile and artillery weapons, as well as a US-made counter-battery radar station were destroyed,” Konashenkov specified during the briefing.

According to him, the Russian Armed Forces destroyed 146 planes, 112 helicopters and 697 drones of the Armed Forces of Ukraine during a special operation to protect Donbass.

Earlier in the day, Konashenkov said that the Russian Armed Forces had attacked a logistics center at the Odessa military airfield through which foreign weapons were delivered. He clarified that the blow was delivered by Onyx.

Also on Tuesday, the Russian Defense Ministry published a video of the launch of Onyx high-precision supersonic missiles at infrastructure facilities of the Armed Forces of Ukraine.

Melissa Paredes confirms that she wants to have a child with Anthony Aranda: “Still in a few years”