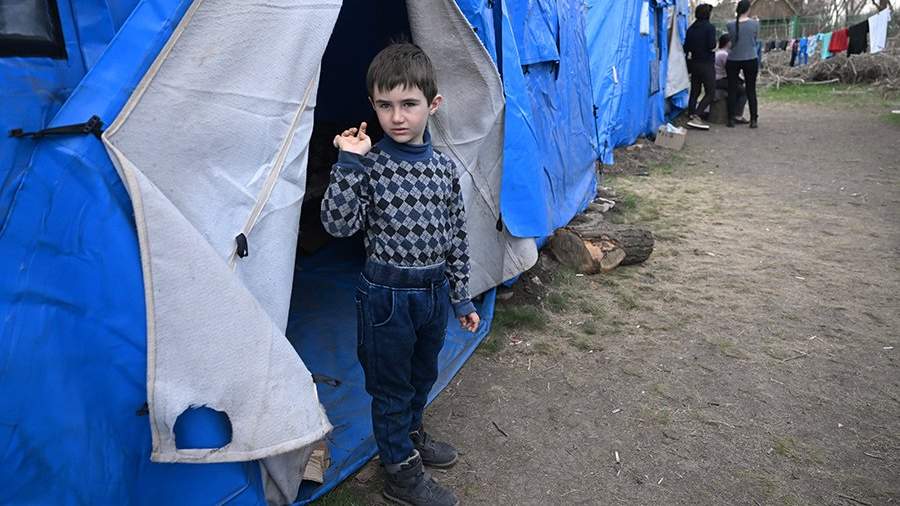 On April 30, another 46 people were evacuated from the territory of the Azovstal plant. This was reported on May 1 by the Ministry of Defense of the Russian Federation.

It is specified that during the day 25 local residents went out on their own along the humanitarian corridors, and at night another 21 people. All of them were delivered to Bezymennoe.

As a woman who got out of Azovstal said, during the entire time she was at the plant blocked by the nationalists, the Ukrainian military intimidated civilians in every possible way, saying that they would not be able to leave Azovstal – they would be shot outside of it.

“We independently, without the help of the military, left the plant through the destroyed fence,” she said.

The woman also shared that the Ukrainian military treated the children acceptably, they even brought chocolate and shared it among all the children.

In turn, the schoolgirl, whose father helped a group of civilians leave the plant, said that before deciding to leave on their own, people still hoped for the help of the Ukrainian military. They tried to take out civilians on the bus twice.

“They put me on the bus, but they didn’t let me through. We are waiting, and then abruptly: “Now there will be shelling.” It was very difficult, my father led us through the workshop, under the houses, ” she recalls.

The first to leave the territory of the plant in Mariupol was a married couple with an 11-year-old child. They told Izvestia that they had been in a bomb shelter from March 8 to April 28. The husband worked at Azovstal as a foreman for about 20 years, and his wife for almost 15 as a translator.

As Mikhail Savin said, for the first time representatives of Azov appeared on the territory of the plant on March 10. According to Natalia, they were immediately interested in the territory of the plant with bunkers and underground passages. According to her, they settled down and used civilians as cover, not allowing them to evacuate. The couple learned on the radio that it was possible to evacuate along the gum corridor.

Later, netizens caught Natalya Savina, who left Azovstal with her husband and daughter, in that she looked like the famous Ukrainian sniper Elena Belozerskaya from Kyiv. However, the woman who evacuated from Azovstal turned out not to be her.

On April 21, Russian President Vladimir Putin canceled the assault on the Azovstal plant, calling it inexpedient. The head of state also justified the uselessness of the assault by the need to protect the lives and health of Russian servicemen.

Later, during talks with UN Secretary General António Guterres, which took place on April 26 in Moscow, Putin compared Ukrainian fighters to terrorists, pointing out that they continue to keep civilians at the plant.

On April 28, after a meeting between President of Ukraine Volodymyr Zelensky and Guterres, Deputy Prime Minister for the Reintegration of the Temporarily Occupied Territories of Ukraine Irina Vereshchuk announced the start of planning an operation to evacuate civilians from the territory of the Azovstal plant in Mariupol.

In response, Kremlin spokesman Dmitry Peskov recalled that Russian President Vladimir Putin expressed himself clearly about the possibility of freely evacuating civilians from the territory of the Azovstal plant in Mariupol, this is not a topic for negotiations.

On February 24, Putin announced the launch of a special operation to protect the civilian population of the Donetsk and Lugansk People’s Republics (DNR and LNR). It was preceded by an aggravation of the situation in the region, an appeal by the leadership of the DPR and LPR to the Russian Federation with a request for help, and the subsequent recognition by Russia of the independence of the Donbass republics.