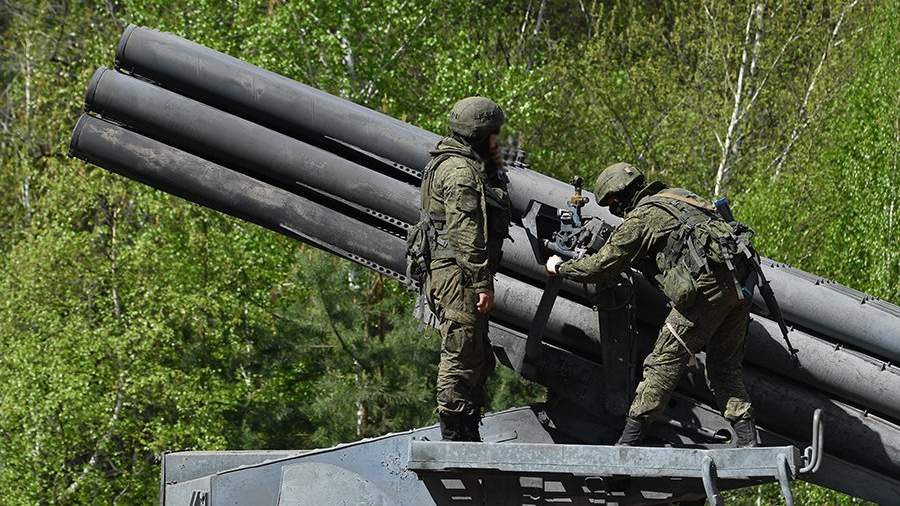 High-precision air-launched missiles of the Russian Aerospace Forces during a special operation to protect the Donbass destroyed 28 company strongholds of the Armed Forces of Ukraine (AFU), said on May 14 the official representative of the Russian Ministry of Defense (MO) Major General Igor Konashenkov.

In total, a representative of the Ministry of Defense reported on the defeat of 33 areas of concentration of soldiers and military equipment with the help of aviation.

In particular, according to a representative of the military department, the RF Armed Forces destroyed two ammunition depots in the areas of the settlements of Petrovskoye and Zhovtnevoye.

“As a result of the strikes, up to 90 nationalists were killed, 18 units of military equipment were disabled,” Konashenkov added.

In addition, during the day, rocket troops and artillery hit six command posts of the Armed Forces of Ukraine, 178 areas of concentration of manpower and military equipment, and three large Ukrainian military bunkers. The launcher of the Smerch multiple launch rocket system was also destroyed in the area of ​​​​the settlement of Berezovka.

According to Konashenkov, Russian air defense shot down six Ukrainian UAVs in the areas of Russkaya Lozovaya, Pitomnik, Izyum, Kharkiv region, and one over Zmeiny Island. The Russian Armed Forces intercepted a Ukrainian ballistic missile “Tochka-U” and three missiles of the “Smerch” system in the Kharkiv region, Konashenkov said.

Prior to this, on Saturday, the major general reported that the missile forces and artillery of the Russian Ground Forces in Ukraine hit more than 200 objects of the Armed Forces of Ukraine in a day.

According to Konashenkov, since the beginning of the special operation to protect the inhabitants of Donbass, 165 aircraft, 125 helicopters, 864 unmanned aerial vehicles, 304 anti-aircraft missile systems, 3,067 tanks and other armored combat vehicles, 372 multiple rocket launchers, 1,514 field artillery pieces and mortars have been destroyed. as well as 2913 units of special military vehicles.

Earlier, on May 11, the Ministry of Defense showed how the military carried out fire strikes on the stronghold of the Ukrainian military, after the personnel of the anti-tank unit of the Airborne Forces advanced to the area assigned for this. The paratroopers destroyed strongholds of the Armed Forces of Ukraine with anti-tank guided weapons, portable missile systems, grenade launchers and small arms.

On February 24, Russia launched a special operation to protect Donbass. A few days earlier, the situation in the region escalated significantly due to shelling by the Ukrainian military. The authorities of the Donetsk and Luhansk People’s Republics announced the evacuation of residents to the Russian Federation, and also turned to Moscow for help. On February 21, Russian President Vladimir Putin signed a decree recognizing the independence of the DPR and LPR.