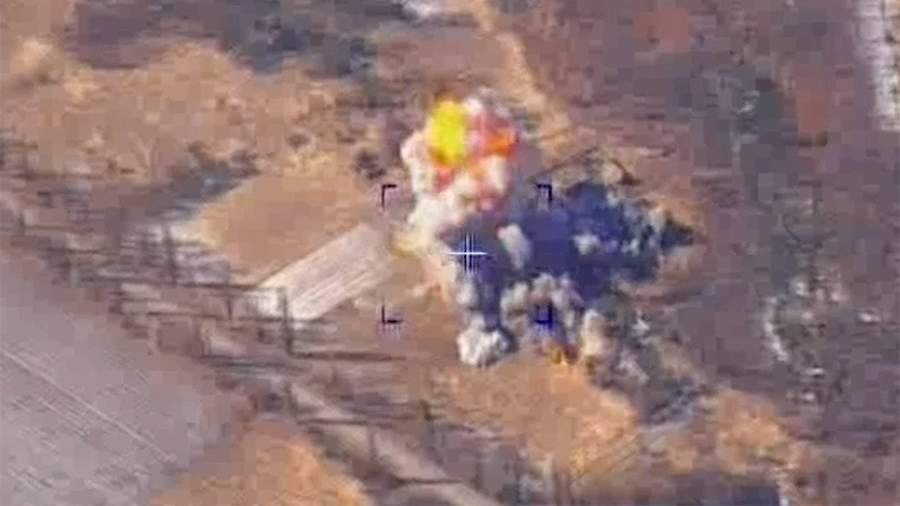 On March 12, the Russian Ministry of Defense showed footage of the destruction of a Ukrainian infantry fighting vehicle at an equipped position in the Kiev region.

The footage shows how the ammunition hits a given target with maximum accuracy.

On the same day, the Ministry of Defense of the Russian Federation showed video footage of the destruction of an infantry fighting vehicle of the Armed Forces of Ukraine (AFU) with Krasnopol ammunition. Also on Saturday, the defense department showed footage of the destruction of armored vehicles of the Armed Forces of Ukraine with the help of attack helicopters Ka-52 of the Russian Aerospace Forces. It is specified that the most guided and unguided aircraft missiles were used for these purposes.

It is also known that as of March 12, since the start of the special operation to protect Donbass, the Russian Armed Forces have destroyed about 3,500 Ukrainian military facilities: 123 unmanned aerial vehicles, 1,127 tanks and other armored combat vehicles, 115 multiple launch rocket systems, 423 field artillery pieces. and mortar, 934 units of special military vehicles.

On February 24, Russia launched an operation to protect civilians in the Donbass. As Kremlin spokesman Dmitry Peskov clarified at the time, the special operation has two goals – the demilitarization and denazification of Ukraine. According to him, both of these aspects pose a threat to the Russian state and people. The Russian side also emphasized that it does not hatch plans for the occupation of Ukraine, and strikes are carried out only on the military infrastructure of the armed forces of Ukraine.

The situation in the region has escalated significantly since February 17 due to shelling by the Ukrainian military. The authorities of the Donetsk and Luhansk republics announced the evacuation of residents to the Russian Federation. On February 21, Russian President Vladimir Putin signed a decree recognizing the independence of the DNR and LNR.