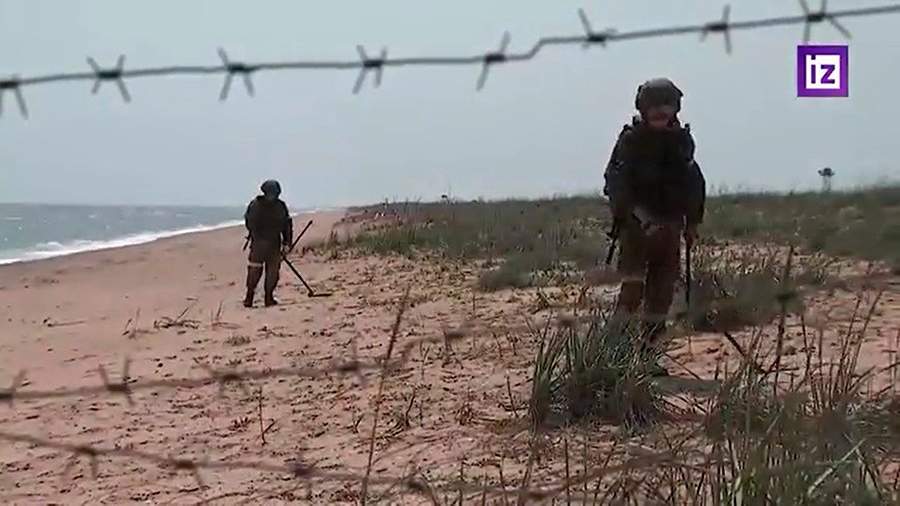 The Russian Ministry of Defense showed footage of demining by sappers of the Armed Forces (AF) of the Russian Federation along the coast of the Kherson region, which is under the control of military personnel. The video was at the disposal of Izvestia on Saturday, May 7.

The Russian military are operating with the help of mine detectors. After detection, anti-tank mines are blown up.

Specialists are gradually clearing the border areas of the Kherson region from mines that were laid by the Ukrainian military during the retreat.

The fact that a beach was mined near Kherson became known on May 5. The Ukrainian military, using a floating transporter, littered its territory with mines.

According to local residents, there were two transporters on the Black Sea coast of the Kherson region. One was destroyed, the second was abandoned by militants of the armed forces of Ukraine on the move at the sight of the Russian National Guard.

For the first time the territory of the coast was prepared for the holiday season by the military – sappers and cynologists with dogs.