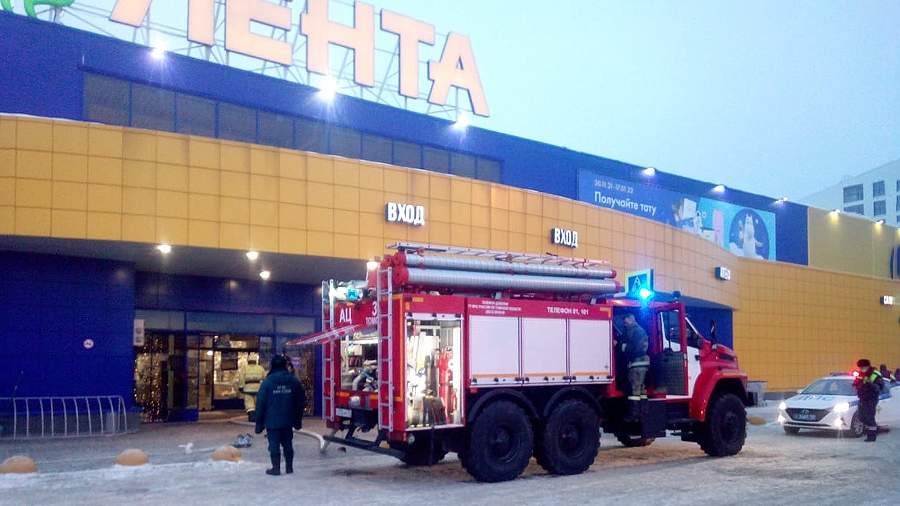 The fire in the Lenta hypermarket has now been extinguished, visitors and personnel have been evacuated. This was announced on Saturday, December 25, to Izvestia in the press service of the Ministry of Emergency Situations in the Tomsk region.

The head office of the Ministry of Emergency Situations noted that the message was received by the fire and rescue service at 16:14 (12:14 Moscow time). The fire occurred on an area of ​​20 sq. m. About 500 visitors and 150 employees were evacuated from the hypermarket.

The fire occurred earlier on Saturday. Pyrotechnics caught fire in the store, firecrackers and fireworks began to explode.

A fire in another Lenta hypermarket in Tomsk occurred on December 21. The fire collapsed about a third of the building, including the roof. It took the evacuation of 200 people, no one was hurt. The fire led to explosions of pyrotechnics.

On the fact of the incident, a criminal case was initiated under the article “Intentional destruction or damage to property.”

The arson suspect was detained in hot pursuit. According to preliminary data, the man was an employee of one of the contractors in the hypermarket, because of a conflict with the managers of the retail network, he poured flammable liquid over the goods and set them on fire. He was arrested for two months.