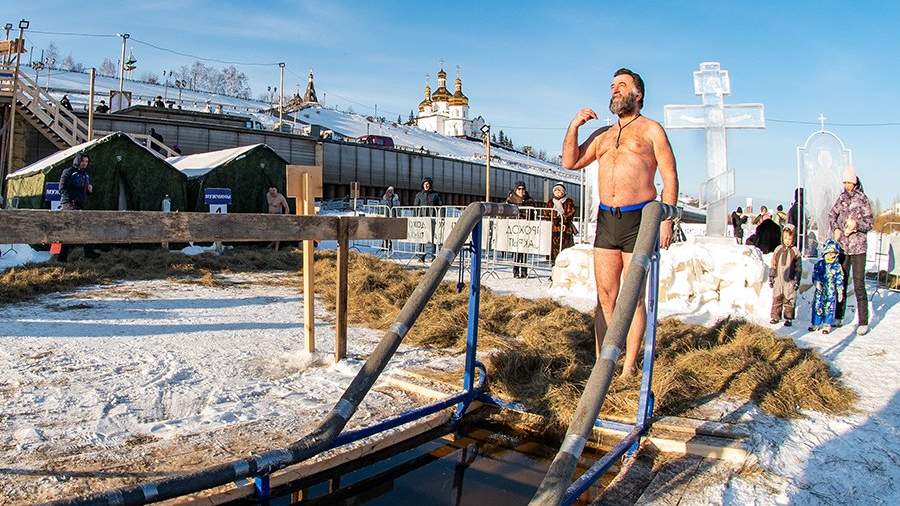 To avoid accidents, bathing at Epiphany is possible only in places specially equipped for this. This was announced on Tuesday, January 17, by the Main Directorate of the Ministry of Emergency Situations of the Russian Federation for the Moscow Region.

The department said that in the Moscow region in 2023, 225 places for Epiphany bathing were equipped, 64 of them in open water, 53 in ponds and 108 in fonts.

“All of them are equipped with lighting devices, places for heating and changing clothes, flooring, and have convenient descents into the water. Everywhere the duty of rescuers and doctors is organized, ”the message says.

The department also urged those wishing to swim at Epiphany to follow a number of rules: in particular, not to go out on the ice in large groups of people, to follow the order and not to allow children unaccompanied by adults to the ice hole. In addition, it is forbidden to bathe while intoxicated, as well as to persons with serious health problems.

Earlier that day, the Ministry of Health of the Russian Federation warned that when deciding whether to participate in Epiphany bathing, it is important to adequately assess the well-being and state of one’s own health. So, cores and hypertensive patients should refuse to bathe. It is also necessary to refuse bathing in case of respiratory diseases or elevated body temperature.

In addition, on this day it became known that in Belgorod for Epiphany they intend to equip two fonts on the Central Beach. Krasnoyarsk also organizes two fonts. Two more fonts are being equipped on the territory of Petropavlovsk-Kamchatsky for Epiphany.

The Feast of the Epiphany is celebrated on January 19. By tradition, it is accompanied by mass bathing in icy water in specially cut and consecrated ice-holes.