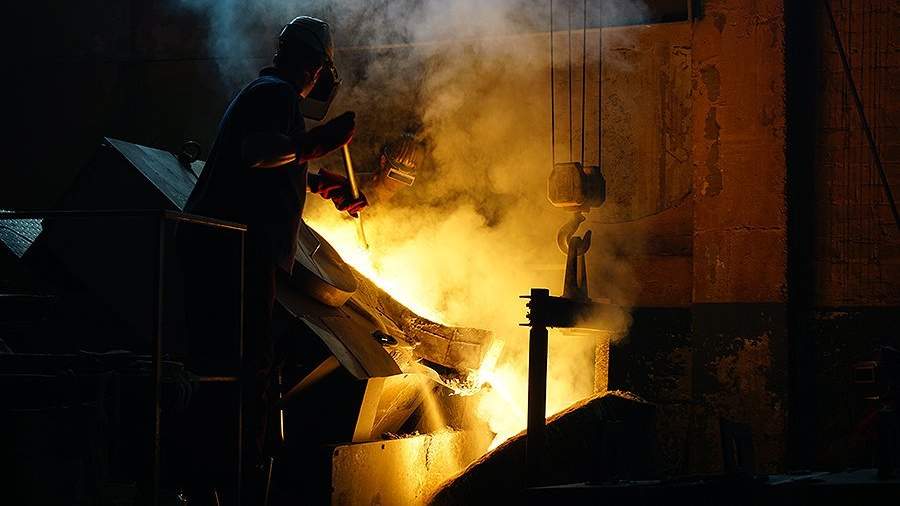 The Ministry of Industry and Trade has begun work on the integration of new territories, which can become Russian ones even today. Mechanical engineering, light, pharmaceutical and chemical industries are promising for development in the Donetsk and Luhansk People’s Republics (DPR and LPR), Izvestia was told in the ministry on October 4. The agency provided data on only two republics.

“Today, a significant number of factories are idle, there is a destroyed infrastructure that needs to be restored,” the ministry added.

According to his estimates, the metallurgical industry is developed in the republics – it accounts for 58% of the total percentage of the manufacturing industry block in the region in the DPR, and 65% in the LPR.

The department has already organized work to develop the industrial potential of territories with a special status. We are talking about both the intradepartmental level and through the working group for the implementation of a special infrastructure project (it provides support to the DPR and LPR).

“Specialists work with each industrial enterprise to provide support in the organization and development of production, to provide raw materials, equipment and technologies. Plus, load capacities, as well as build cooperation ties with leading Russian enterprises,” the Ministry of Industry and Trade said.

The authorities are already completing the creation of the Industrial Development Fund (IDF) in new territories – such an organization is actively operating in the Russian Federation, it provides soft loans to businesses for the development of projects. The FRP will be the basic institution for the development of industry in the affected territories, emphasized the Ministry of Industry and Trade of Russia. This will support the launch and development of production, help with the renewal of equipment and replenish the working capital of enterprises.

The creation of the FRP in the DPR is being completed, a similar process has started for the LPR. The Ministry of Industry and Trade will take the same steps in Zaporozhye and Kherson regions – these are plans for 2023.

To get acquainted with all the industry support mechanisms that the Ministry of Industry and Trade uses in the Russian Federation, representatives of the two republics have already participated in an on-site internship under the Federal Practice program. It was held in the Southern Federal District.

“As for the trade business, the ministry has developed methodological recommendations,” the ministry noted, adding that the material will help the new territories outline their strategic plans for the development of trade in the regions.

The development of new territories will depend on the funds allocated for these purposes in the Russian budget, Grigory Ostapkovich, director of the HSE Center for Market Research, told Izvestiya. Now its closed part accounts for 25-30%: “we don’t know if there are tranches for new territories.” But most likely, in the future it will be necessary to amend the Russian budget, the expert suggested.

At the start, after the cessation of active hostilities, it is better to develop those industries that are traditional for the regions and accumulate jobs, Grigory Ostapkovich said.

“Residents of these territories will have to be engaged in work. Moreover, these should not be high-tech industries, the development of which will take years. At the first stages, traditional industries for the regions should be developed,” he noted.

In his opinion, the focus should be: agriculture, food production, light industry, mining development, construction, as well as work in the areas of healthcare and education.

Earlier that day, the Federation Council at a plenary session approved the federal constitutional law on the admission of the DNR, LNR, as well as the Zaporozhye and Kherson regions into Russia, and also ratified the treaties on the entry of new territories. On the eve of the State Duma ratified the relevant agreements on the admission of regions into the Russian Federation and adopted draft federal constitutional laws.

Treaties for ratification, as well as draft constitutional laws, were submitted to the State Duma on October 2 by Russian President Vladimir Putin. They were signed on 30 September. The package of documents was approved by the Constitutional Court.

The results of the referendums on the issue of joining the Russian Federation became known on September 27. The initiative was supported by 99.23% in the DPR, 98.42% in the LPR, 93.11% in the Zaporozhye region, and 87.05% in the Kherson region.