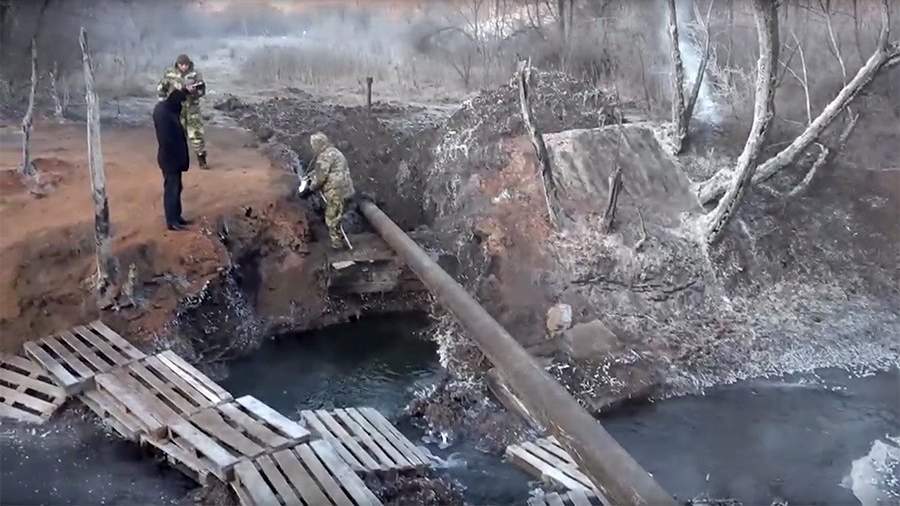 The power of the explosive device that went off on the main gas pipeline in Lutugin, Luhansk People’s Republic (LPR), amounted to about 500 g of TNT. This was reported on January 8 in the Ministry of Internal Affairs of the republic.

An explosion on the main gas pipeline with further ignition occurred on January 7. As a result, 21 social facilities and about 13,000 subscribers were left without gas supply in the Lutuginsky district. After that, a headquarters was created to eliminate the consequences of the explosion.

The department said that after localizing the fire, investigators conducted an inspection of the scene. During it, fragments of a damaged pipe, soil samples and fragments of a concrete structure with traces of soot were seized.

“The nature of the damage indicates a deliberate undermining of the infrastructure facility. According to preliminary information, the TNT equivalent of an explosive device is about 500 g,” the Ministry of Internal Affairs of the republic said.

Earlier on Sunday, the LPR Ministry of Emergency Situations reported that, preliminary, the explosion occurred due to an explosion. According to the commander of the volunteer special forces unit “Troy” with the call sign Alabai, the sleeping cells of the Ukrainian troops may be involved in undermining the gas pipeline, since “it is extremely difficult to implement a sabotage of this nature without a foothold among the local population.”

The Luganskgaz company, in turn, announced the completion of repair work on the gas pipeline in Lutugino. Currently, the company’s specialists are filling the restored section of the main network with gas, then a phased connection to the gas supply system of disconnected subscribers will begin.

On the fact of the incident, a criminal case was initiated under the article on sabotage.