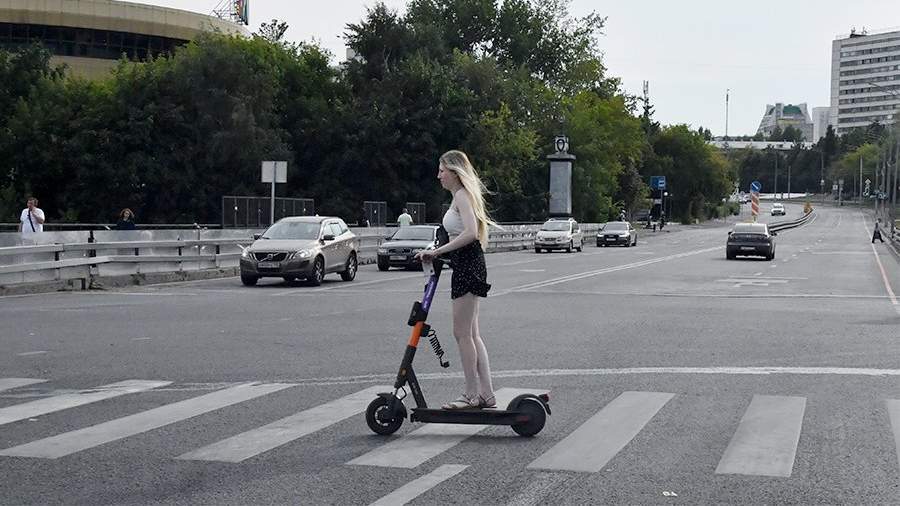 The Ministry of Transport has prepared a draft resolution banning citizens using personal mobility aids (SIM) from crossing roads at pedestrian crossings. The agency intends to submit the project to the government, which became known on Friday, September 9.

Information about this is contained in the response of the Ministry of Transport to the appeal of State Duma deputy Sultan Khamzaev. Earlier, he applied to the ministry with a proposal to establish a speed reduction zone with a radius of 30 m around unregulated pedestrian crossings for electric scooters.

In response to the parliamentarian, the Ministry of Transport informs that a draft government decree has been prepared on this topic.

“The draft resolution for persons using means of individual mobility for movement provides for a ban on crossing the road at pedestrian crossings, including unregulated ones,” RIA Novosti quotes the answer of First Deputy Minister Andrey Kostyuk to the deputy.

Such a measure, according to the department, will create safe conditions in the area of ​​pedestrian crossings. The draft resolution was reviewed and approved by the subcommittee on improving the control and licensing functions of federal executive bodies under the government. The initiative is being prepared for submission to the government, the Ministry of Transport stressed.

On August 25, State Duma deputy Sergei Burlakov said that electric scooters capable of reaching speeds of no more than 20 km / h should be the only ones possible for children under 18 to use. Burlakov is sure that without fines and special training programs for traffic rules, the situation will not change.

In early August, the Scientific Center for Road Safety of the Ministry of Internal Affairs of Russia reported that in the first six months of 2022, 370 accidents involving personal mobility equipment (SIM), including scooters, occurred in the Russian Federation. Thus, compared to the same period last year, the number of such accidents increased by 174%, and the number of deaths – by 100%.