The moment referee Sami Al-Jerais fainted during the match. The Saudi fans are angry (video) 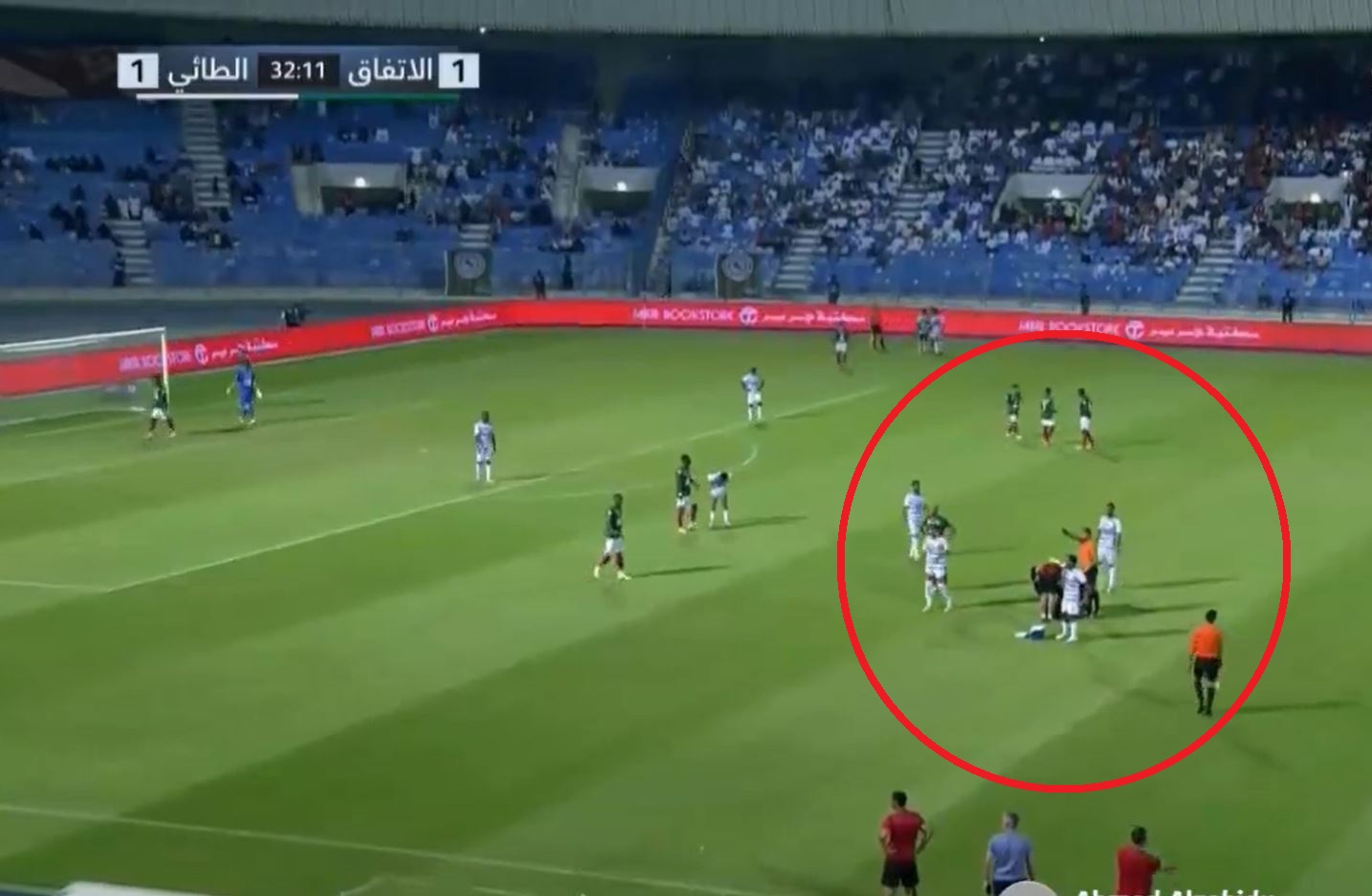 Saudi international referee Sami Al-Jrais lost consciousness and fell unconscious while managing the match between Al-Taei and its host Al-Ittifaq in the first round of the Saudi Football League.

The pioneers of social networking sites shared a video of the Saudi referee, Al-Jaries, when he was dizzy 30 minutes after the events of the match, as a result of the hot weather in Dammam, which necessitated the intervention of the medical staff in the stadium to rescue him before he was replaced by the fourth referee, Abdul Rahman Al-Sultan.

Saudi fans expressed their anger at the scheduling of the league matches, and Saeed bin Fahid fan said on Twitter: “Referee Sami Al-Jaries falls because of the high humidity. Scheduling is a problem. The Eastern clubs were supposed to schedule their matches outside Al Sharqiya until September.”

The fan, Sami Abu Badr, commented: “Referee Sami Al-Jerais falls because of the humidity. It is related to health. We hope to review the league schedule.”

It is noteworthy that the match later ended with Al-Taei winning 2-1.