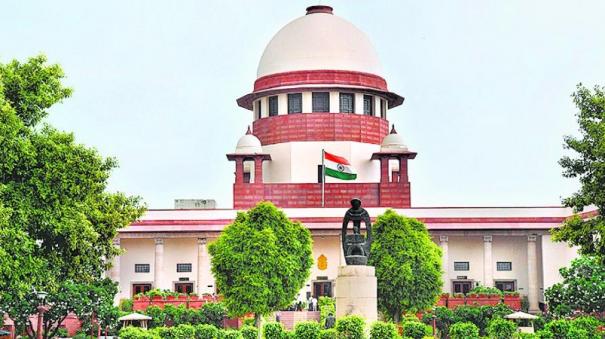 New Delhi: The Supreme Court has said that “lower courts must consider the pre- and post-crime mentality when awarding the death penalty to criminals.”

In 2011, three women were brutally murdered in a house robbery in Indore, Madhya Pradesh. The lower court and the Madhya Pradesh High Court sentenced three people to death, including a woman.

The case was adjudicated last week. In it, the convicts were sentenced to a minimum of 25 years in prison, taking into account their probation and imprisonment.

The judges also ruled that “one in three people involved in the murder is the captain of the cricket team in prison.

Another convict is working as a volunteer cleaner in prison. The female offender has mastered the art of embroidery called embroidery. The mentality of these three people at the time of the murder was horrendous. Now they have become morals. ”

The death penalty should be given only in the rarest of cases. Before the Sessions Court can impose the death penalty for a crime, the government must submit a mental and psychological report in advance of the accused at the appropriate stage. “