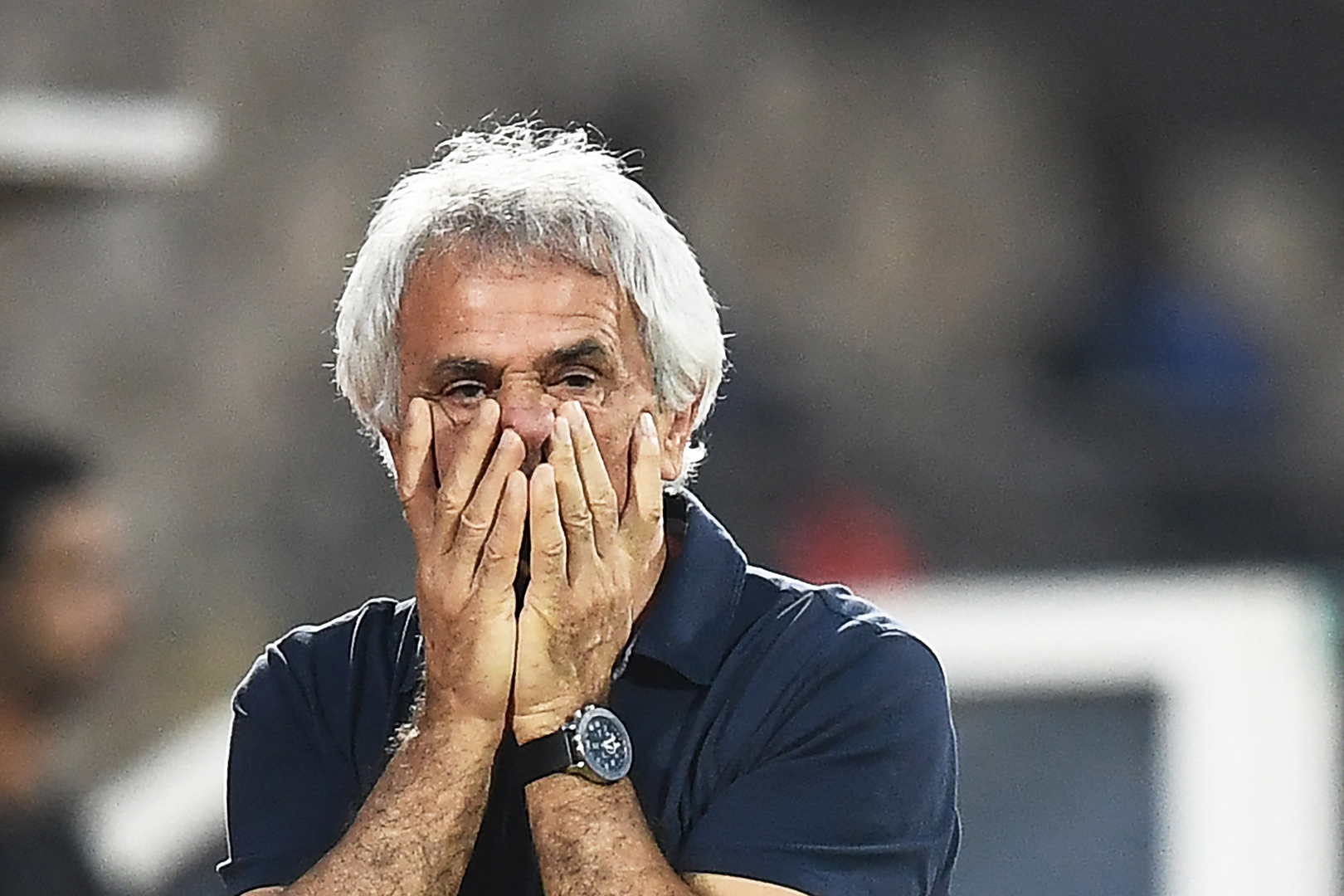 On Monday, the Royal Moroccan Football Association (Al-Ittihad) denied media reports that the coach of the Bosnian-French national team, Vahid Halilhodzic, who led the Atlas Lions to the 2022 World Cup finals, was dismissed.
The federation said in an official statement: “In response to what was reported by some electronic platforms and the news they published claiming that on Monday, May 2, 2022, the decision was taken to dismiss the national voter, Mr. Wahid Halilhodzic, by the Royal Moroccan Football Federation, and in an effort to enlighten opinion. The year has removed all confusion (…), as no meeting has been held today between the university president and the national voter.”
The statement indicated that Halilhodzic, “who is still on a special holiday outside Morocco, will join the Mohammed VI football complex this week, as previously announced.”
A critical meeting is scheduled between the two parties after the Bosnian coach returns from his vacation, during which his fate will be decided at the head of the technical management of the “Atlas Lions”.
According to press reports, the Moroccan Federation took the decision to dismiss Khalilhodzic because of his statements in response to the president of the federation, Fawzi Lekjaa, regarding the return of the excluded Hakim Ziyech and Nassir Mazrawi to the “Atlas Lions” squad in the horizon of participating in the World Cup in Qatar at the end of this year.
There have been conflicting statements between Lekjaa and Khalilhodzic in recent times. Whenever the first came out to confirm the return of the English stars of Chelsea and Ajax Amsterdam, the Bosnian responded clinging to the decision to exclude, the last of which was on April 22, when he told the Ukrainian “Nova TV” channel that his decision not to call Ziash and Mazraoui “The story is over” for him.
Halilhodzic explained, “The player who refuses to train, refuses to play, claims injuries, for me it is a finished story.”
Ziyech and Mazraoui were excluded by Halilhodzic in the last matches of the second round of the African qualifiers for the World Cup in Qatar, as well as the decisive round matches against the Democratic Republic of the Congo at the end of last March, for disciplinary reasons.
Halilhodzic’s statement came a week after Lekjaa’s statement that the team’s doors are still “open to all Moroccan players, regardless of the difference with any player (…) Neither I nor anyone else can deprive a Moroccan player from playing for the national team, whether he is Ziyech or Mazraoui or any other player.
He added, “This issue is not negotiable, neither with Waheed nor anyone else,” stressing that he will express this “personal conviction frankly and clearly” when he returns from his vacation at the end of April.
But for Halilhodzic, “the national team is a sacred thing. It does not belong to the players (but) to this whole people.”
Ziyech, 29, announced in early February his retirement from international football after a dispute with Halilhodzic, who accused him of disrespect, which, according to him, threatens the cohesion of the group.
Halilhodzic was criticized for his tactical choices and the team’s squad despite qualifying for the 2022 World Cup, where he signed with a group that includes Belgium, Croatia and Canada, which raised rumors of his departure a few months before the start of the global wedding.
In response to a question about his future, Halilhodzic, who was sacked as coach of Ivory Coast and Japan months before the start of the 2010 and 2018 World Cups, respectively, said that he was “calm”.
“We’ll see. Many times before, a lot of strange things have happened in my life (…) If someone thinks differently, it’s theirs. If they are not satisfied with me, it is not the first time we are parted.”