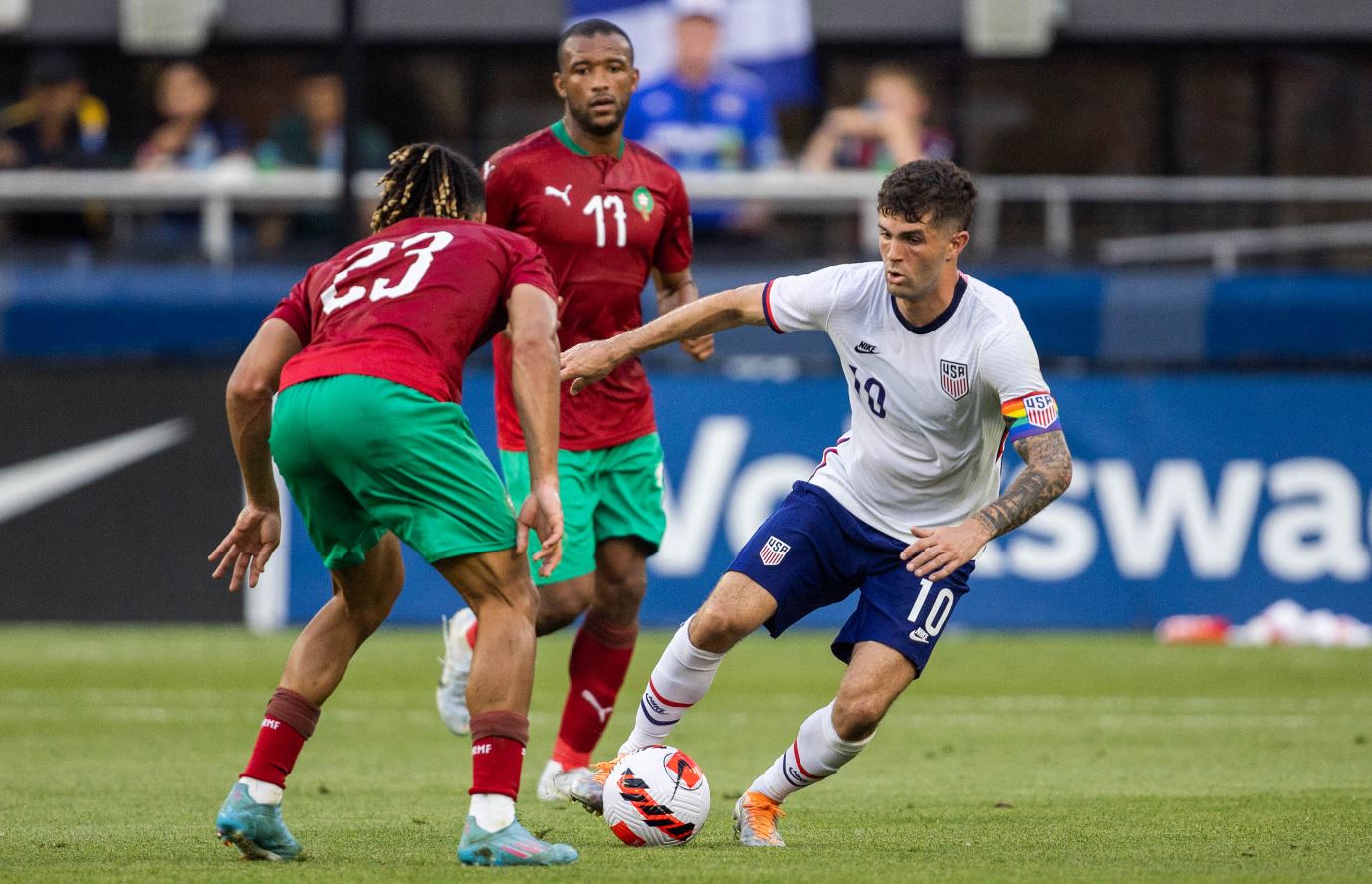 The Moroccan national team fell 3-0 to its American counterpart and host yesterday in Cincinnati, Ohio, as part of the two teams’ preparations for the 2022 World Cup in Qatar at the end of this year. Leeds United’s Brendan Aaronson opened the score (26) with a pass from Chelsea winger Christian Pulisic after an individual effort for the latter, who became the fastest player to reach the threshold of 20 goals and 10 assists with the US team in 49 games.

Timothy Weah, Lille’s French player and the son of Liberian Ballon d’Or winner George Weah, doubled the score after six minutes with a powerful shot from outside the area that goalkeeper Yassin Bounou was able to deal with in a better way. On the other hand, Haji Wright, the Turkish player of Antalyaspor, scored in his first ever match with the first team, the third goal from a penalty kick in the second half, which Pulisic got after a foul by Ashraf Hakimi, the back of Paris Saint-Germain (64). Selim Mellah missed the opportunity to reduce the difference for the Atlas Lions after the ball rebounded from a penalty kick from the crossbar (76).

The US team will meet Uruguay in Kansas City on Sunday, knowing that it was in the second “political” group in the World Cup (November 21 to December 18) along with England, Iran and the winner from Ukraine and Wales, who meet on Sunday. As for Morocco, it fell in the fourth, along with Croatia, the 2018 World Cup runner-up, Belgium, bronze holder, and Canada.