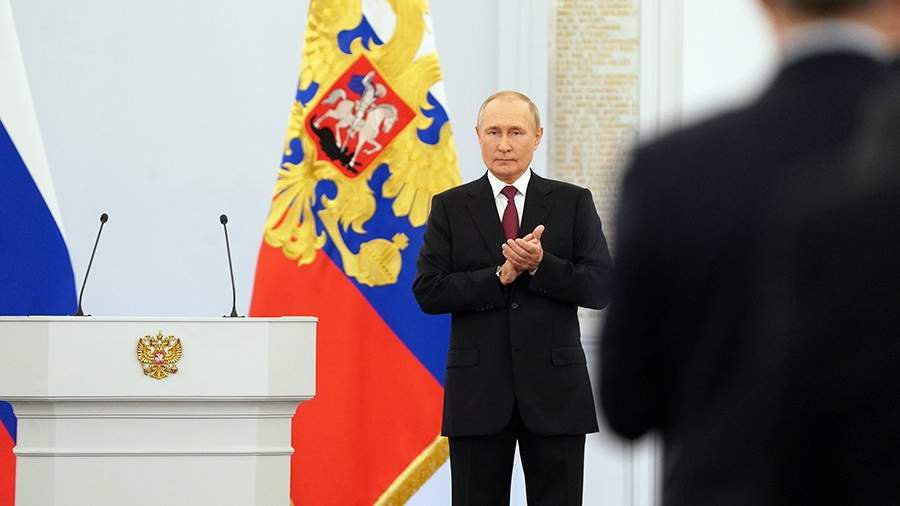 Deputy Chairman of the State Duma Committee on Economic Policy Stanislav Naumov on Friday, September 30, in an interview with Izvestia, shared his impressions of the speech of Russian President Vladimir Putin, during which the signing ceremony of the treaties on the entry into Russia of the Lugansk and Donetsk People’s Republics was held, Kherson and Zaporozhye regions.

According to the deputy, the main thing in the speech of the Russian leader is that the citizens of all “big Russia” received from the president an answer to questions about the historical and fateful meanings associated with the four treaties signed today.

“The President clearly outlined the need to start real negotiations, our country is ready for them. This is an important signal not even in the direction of the Kyiv regime and its Western masters, it is a good signal to the world community, which sees in Russia today the leader of this multipolar anti-colonial world movement, whom it is absurd to suspect and accuse of aggressive aspirations. The key for me is how broad will be the support for our position in the world regarding the results of the referendum and the readiness of our country to become the leader of all the peace processes that are needed today,” Naumov stressed.

The parliamentarian also noted the importance of the message that very often, under the pretext of war, colonial trade wars are waged, associated with greedy interests.

“In my opinion, the president clearly indicated that global, energy and food security are coming to the fore today, and I think that world economic structures should also very seriously reconsider their approaches to cooperation with Russia,” he concluded.

Earlier that day, in the Georgievsky Hall of the Grand Kremlin Palace, a ceremony was held to sign agreements on joining the LPR, the Donetsk People’s Republic, the Kherson and Zaporozhye regions into Russia. In his speech, Russian President Vladimir Putin emphasized that Russia would not betray the choice of the people of these regions.

During his speech, the head of the Russian state stressed that the real reasons for the hybrid war against Russia are the greed of the West and its desire to maintain its power in the world.

The head of the Just Russia – For Truth faction, Sergei Mironov, on Friday, in an interview with Izvestia, called the annexation of new territories to the Russian Federation a historical event. He stressed that for more than 30 years the Russian people in Ukraine have been waiting for this moment.

On February 24, Russia launched a special operation to protect the DNR and LNR. During its course, the territory of the LPR was completely liberated from the armed forces of Ukraine (AFU), while part of the DPR remains under the control of Kyiv. In addition, almost completely managed to free the Kherson region. Also, the Russian Federation took control of the Azov part of the Zaporozhye region, while the Armed Forces of Ukraine still remain in the main city of the region – Zaporozhye.