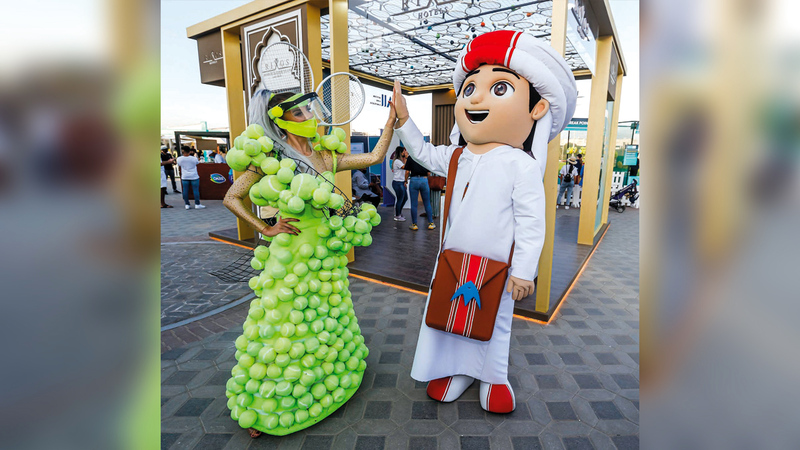 Flash Entertainment revealed the launch of the 14th edition of the Mubadala World Tennis Championship, the region’s leading tennis event, from December 16-18 at the International Tennis Center in Zayed Sports City in Abu Dhabi.

The company said, in a statement, yesterday: “Sports fans from all over the world can reserve the best seats to follow the tournament, by visiting the website: https://www.mubadalawtc.com to pre-register and get tickets when they are released, as well as an opportunity to allow You will be automatically entered into a raffle to win an exclusive and signed prize from the Mubadala World Tennis Championship.”

For his part, Chief Executive Officer of Flash Entertainment, John Lerich, said: “The Mubadala World Tennis Championship has achieved great popularity over the past years and has evolved into one of the most prominent tennis tournaments on the global sporting calendar, and the tournament returns with the participation of the best tennis players in the world to provide an atmosphere of enthusiasm and fun. For sports fans in Abu Dhabi over a period of three days, and every year we strive to raise the level of the tournament, to give the tennis audience of all kinds, including fans of this sport, families and international visitors an unparalleled experience, as the 14th edition of the tournament witnesses the participation of a group of the most prominent tennis players in the world in the men’s categories and ladies. This year, we pay special attention to the recreational activities accompanying the matches, as we hope that this step will provide a unique experience for tennis lovers, sports and families alike, and we invite everyone to wait for more details.”