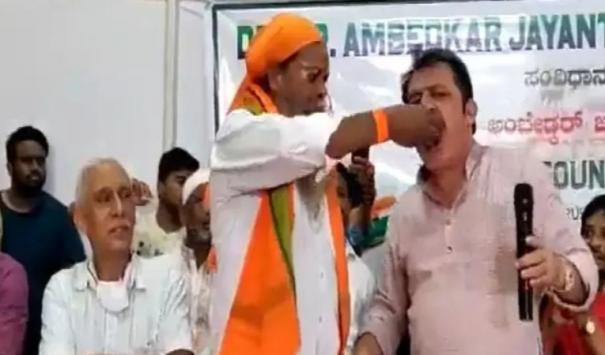 Bangalore: Baba Saheb Ambedkar Jayanti and Eid Milan event on behalf of Congress at Samrajpet in Bangalore was held the day before yesterday. Samrajpet Congress MLA Jameer Ahmed and list abbot Narayana Swamy were the guests.

Following this, MLA Jameer Ahmed Mike took the saliva food fed by the abbot and said, “He and I are brother. We are all human beings. We cannot be separated by this caste and religion, ”he said angrily. As the video of the incident went viral on social media, Dalit organizations protested.