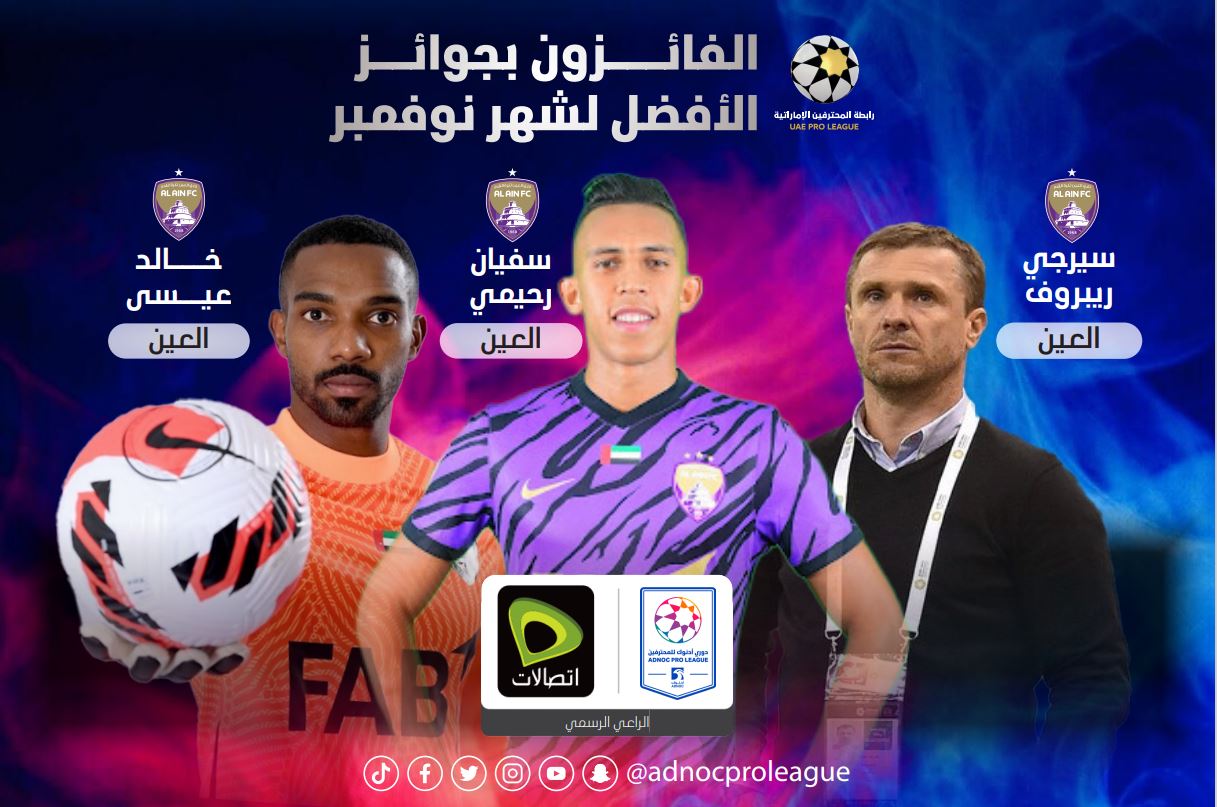 The UAE Pro League announced the names of the winners of the Monthly Best Awards for the month of November, in the ADNOC Professional League, sponsored by “Etisalat”, which saw Moroccan Sofiane Rahimi, Al Ain player, win the Best Player award, and Ukrainian Sergey Rebrov, Al Ain coach, the Best Coach award, and Khaled Issa. , Al-Ain goalkeeper, with the award for the best goalkeeper.

Rahimi won the award for the second time this season, after he surpassed the list of nominees that included his colleague Yassin Meriah, Al Wahda duo Fabio Martinez and Joao Pedro and Argentine Nicolas Jimenez of Bani Yas.

Sergey Rebrov continued to dominate this award in all the past months, after he surpassed Gregory Dufresne, coach of Al Wahda, and Daniel Issaila, coach of Bani Yas.

It is noteworthy that the selection of the winners is made by an open vote of the fans via the website and the application via smart phones, which lasted for 48 hours, amid a great turnout from ADNOC Pro League fans, to choose the three categories.