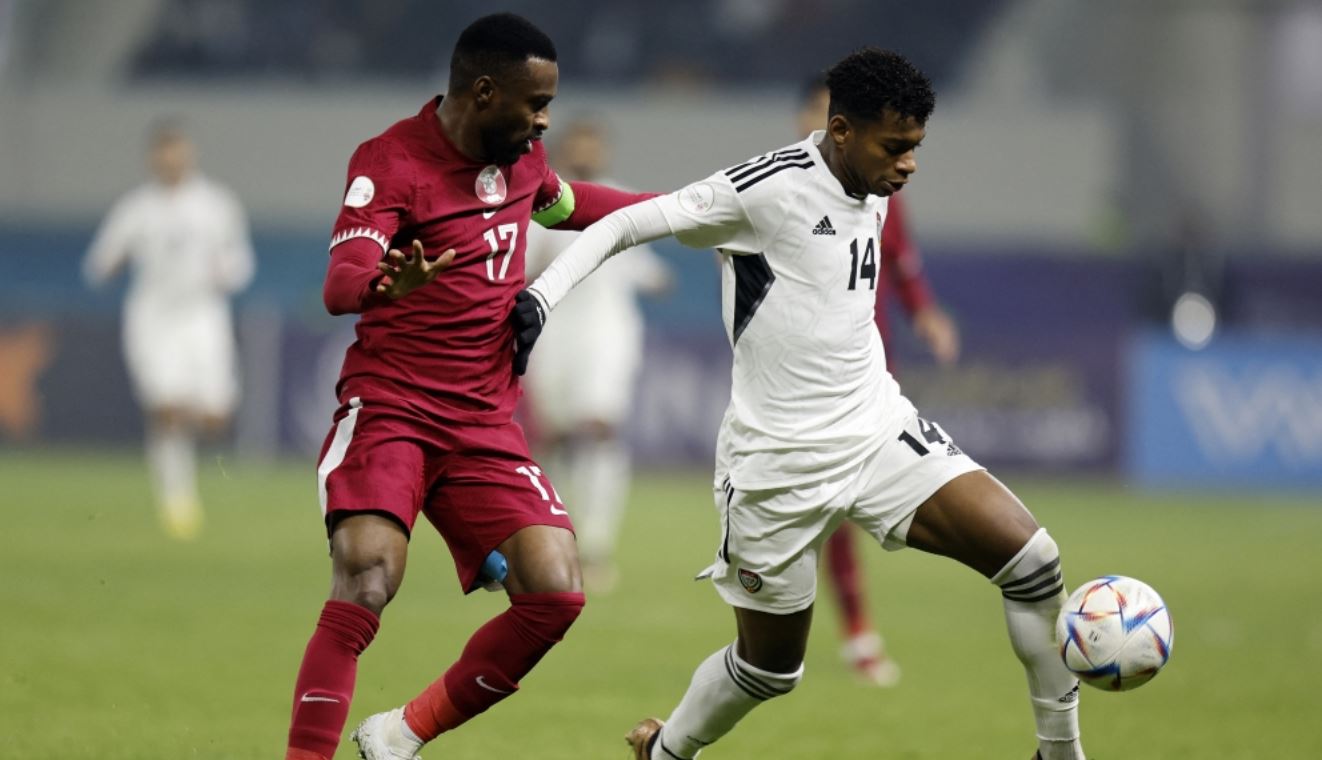 The misfortune combined with the disappointing and modest performance, and the misreading of the Argentine coach Rodolfo Aruabarrena, resulted in the national team losing the opportunity to qualify for the second round of the Gulf Football Cup “Gulf 25”, with a 1-1 draw this evening against its rival Qatar in the match that was held at Al-Mina Stadium. In the Iraqi city of Basra, as Caio Canedo missed a penalty kick, while the second match between Bahrain and Kuwait also ended in a 1-1 draw, in which the team’s hopes were hanging in the victory of “Al-Ahmar” over Kuwait.

After a relatively modest first half, Al-Abyad presented a good level compared to the first, as it hit the first dangerous ball of the match against Meshaal Barshim in the 54th minute by Yahya Al-Ghassani from a closed corner, but it was a real warning on the part of the team in its ability to make offensive attempts. more dangerous.

With the progression of time, the national team players realized the need to abandon their defensive areas, which gave him a penalty kick when defender Walid Abbas was subjected to a violation inside the Qatar penalty area, which Amr Siraj committed with him, but striker Caio Canedo missed it after it collided with the left post of goalkeeper Mishaal Barshim.
And it became clear that the players were affected by not investing the penalty kick by scoring a goal, and this was reflected in Caio Canedo, who took upon himself the task of compensation, as he penetrated into the penalty area before sending a typical ball to his colleague Fabio Lima, who succeeded in converting it into the net with one touch to put the “white” in Introduction in the 77th minute.

While the national team was on the right path to achieve what it had and was waiting for a gift from the other match that was held at the same time between Bahrain and Kuwait, it conceded the equalizing goal in the 88th minute by substitute Tamim Mansour, who benefited from a mistake in positioning the defense line to end the dreams of the “white”.

In the second match, the Bahraini national team advanced to the semi-finals, topping the group by tying it against its Kuwaiti opponent 1-1 in the match that was held at the Basra International Stadium, thus setting a date with its Omani counterpart in the Golden Square, while Qatar qualified to face the “host” Iraq.

The players of the Bahraini national team were desperate during the confrontation in order to preserve the qualification card in order to avoid surprises, and the goal of progress scored by Mahdi Faisal in the 26th minute was a great moral boost, especially as it relieved the nerves of the “Al-Ahmar” players, but that did not last long, as Shabib Al-Khalidi scored the equalizer for Kuwait in In the 45th minute, the match flared up again, but things continued as they were until the end of the match, with a draw that gave Bahrain the qualification card.