The national team goalkeeper: When Messi speaks, the Argentine president is silent 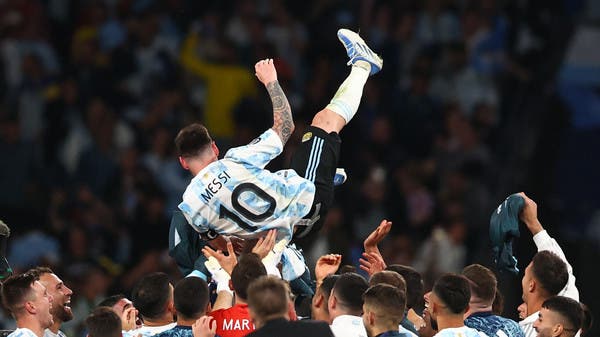 Argentina goalkeeper Emiliano Martinez stressed that when captain Lionel Messi speaks, the country’s president must shut up and hear him, as he explains in detail the speech of the Paris Saint-Germain player, when his country won the Copa America last year.

Martinez told “Amazon Prime”: “Messi made a speech in which he confirmed that he would do everything in his power to win the Copa. I got goosebumps from his words.

And he continued: When Messi speaks, everyone is silent, whoever he is, the coach of the team, the president of the country, anyone who has to remain silent and listen.

Leo played 162 matches for the national team, scoring 86 goals, which made him the team’s all-time leading scorer and more than he represented internationally. He achieved his first international title when he led Argentina to victory over Brazil 1-0 in the final of the last edition of the continental competition.

Messi, who will turn 35, will lead his country’s squad during the World Cup, in a group that includes Saudi Arabia, Poland and Mexico.