The national team wins Singapore in the “International Fazza” of Boccia 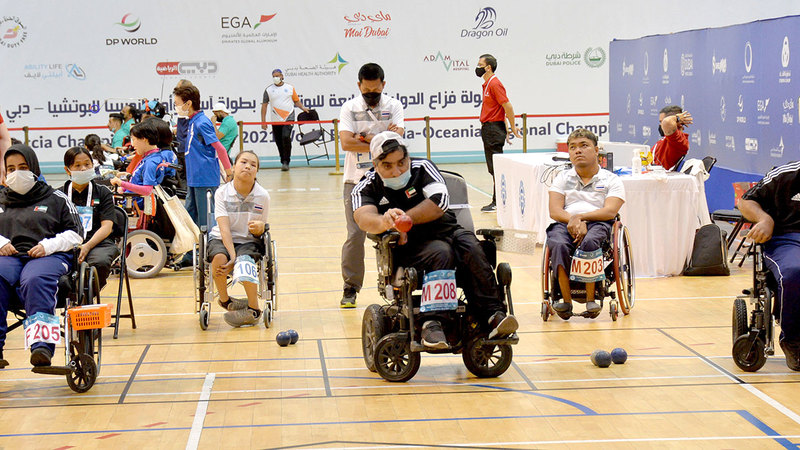 The national team defeated its Singapore counterpart 4-3 in the BC2 team competition, on the fifth day of the Fazza International Boccia (Asia and Oceania_Dubai 2021), after the brilliance of the heroes: Saleh Al Alili, Khaled Al Marashda and Maitha Al Humairi.

The word heard at the event was for the “elite champions”, who booked their seats to be in the World Championships hosted by Brazil in December 2022, after the difference in experience appeared in such tournaments that acquire a great deal of importance, while the young people who appeared for the first time in The seventh version is the friction that will have a positive impact on their future posts.