The new basketball season begins August 31, and there is no change in the laws of foreigners and residents 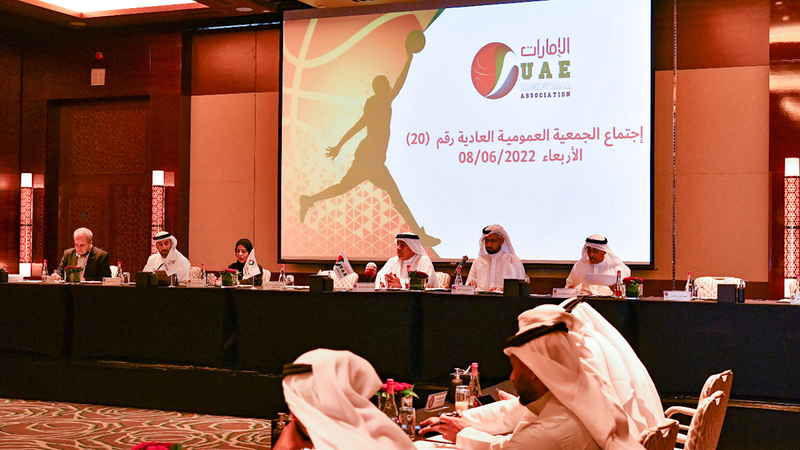 During its meeting yesterday at the Intercontinental Hotel in Dubai, the Ordinary General Assembly of the Basketball Association discussed 26 proposals submitted by Al Ain, Sharjah, Al Wahda and Shabab Al Ahli clubs.

The schedule for the new season, which begins on August 31, was presented through the FA Cup competition, and ended in mid-April 2023, with the season starting next September, and extending until the end of April 2023, and no new laws were adopted regarding foreign players. and residents.

The association celebrated the historic achievement, the first of its kind, when the men’s and women’s teams won the last Gulf Games in Kuwait, when “Al-Abyad” won the gold. It also witnessed the women’s team winning the gold in the 3 vs 3 basketball competitions.

Club proposals were also discussed, which focused on the importance of having a fixed and specific calendar for competitions, and increasing the number of matches to compensate for the shortage of clubs, especially in the men’s phase, which is limited to only six clubs, before moving and demanding a reduction in registration fees for professional players, while maintaining at the same time the same mechanisms that It was approved in the last season in terms of the number of foreign professionals (two professionals) and the use of newborns and residents, with a minimum requirement of three years to register the resident player.

The association discussed the new season of the 2022-2023 season, especially with the presence of an external entitlement against last season’s champion Shabab Al-Ahly, by participating in the qualifying qualifiers for the Gulf region, which will be held in the league system from back and forth, through which the identity of the three clubs qualified from the Gulf region to the West Asian qualifying qualifiers is determined in turn. For four out of the eight clubs participating in the AFC Champions League.