The new T20 jersey of the Indian cricket team has been released! 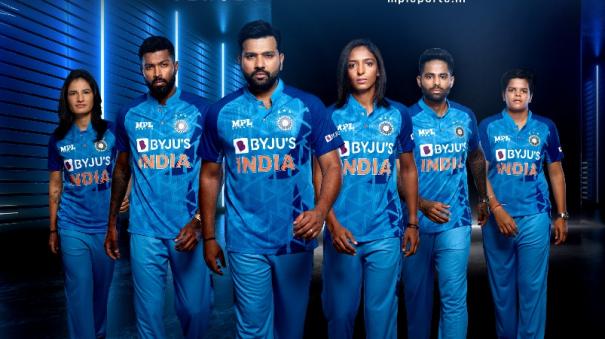 Mumbai: The new T20 cricket jersey of the Indian cricket team has been introduced. This jersey is being branded as One Blue Jersey. Captain Rohit Sharma, Hardik Pandya, Suryakumar Yadav, Harmanpreet Kaur, Shefali Verma and Renuka Singh will shine in the new jersey.

It seems that the Indian team will wear this new jersey in the Australia series, South Africa series and T20 World Cup series. Men’s and women’s cricket team players wear this jersey.

“Cricket fans this is for you. The Board of Control for Cricket in India has announced One Blue Jersey presented by MPL Sport. The last time Indian squirrels wore light blue jerseys was in the 2007-08 season.