The next 25 years should be made a term of duty: PM Modi 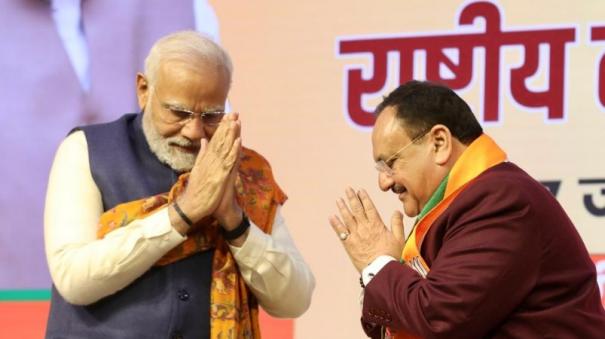 New Delhi: Prime Minister Narendra Modi has said that the next 25 years should be made a duty period.

The 2-day national executive meeting of the BJP held in New Delhi concluded today. Today’s meeting was attended by Prime Minister Narendra Modi, Union Ministers, State Chief Ministers, Party National Leaders, National Executive Committee members and others. In this meeting, a unanimous resolution was passed that JP Natta will continue as the party leader till the next parliamentary elections.

Then Prime Minister Narendra Modi addressed. Devendra Fadnavis, one of BJP’s young leaders and Maharashtra Deputy Chief Minister, told reporters about what he said. He said: The Prime Minister’s speech was not the speech of a political leader. It was the speech of the head of the country. He spoke of putting the country above the party.

“This is the best time for India. We all have to work hard to use this to develop the country. The country has completed 75 years of independence. We are calling the next 25 years as Amrita period. We must turn this into a time of duty. Only then will the country’s development be immense,” Pramadhar said.

Besides, “People aged 18-25 should not be affected by the mismanagement of the previous regime. Awareness should be created among the youth about how the country is developing due to the current government’s activities. The people of the country should contact each other and connect with us. This should not be done for vote bank. This should be aimed at us working for everyone,” said Prime Minister Modi.

Also, “Lands have been polluted by chemical fertilizers. BJP should work with the government to create awareness to promote organic farming. All our states should work together in harmony with the fact that one Bharat is the supreme Bharat. Culture, language and tradition of other states should be followed by each other. Devendra Fadnavis said that the BJP should coordinate various programs to connect the people living in the border villages with the people living in other parts of the country.