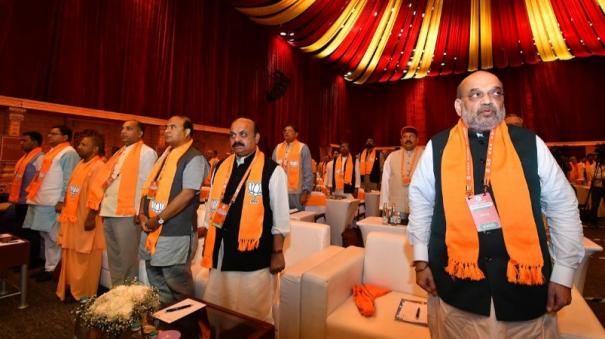 Hyderabad: Union Home Minister Amit Shah spoke at the BJP working committee meeting. People have cornered the opposition parties in the country. For the next 30 to 40 years, the BJP alliance will rule at the centre. BJP has put an end to caste politics, succession politics and vote bank politics.

BJP will soon form government in Telangana and West Bengal. Family rule will be abolished in both these states. The party leadership is devising strategies to capture power in Kerala, Andhra Pradesh and Odisha.